I’ve added to our photo gallery new photoshoot taken by Max Abadian for June issue of Canadian fashion magazine – Flare. In an exclusive interview, Jennifer Lawrence spoke about her journey from schoolyard action hero to Hunger Games heroine, the success of Winter?s Bone, being a wild child and many more. Flare?s complete profile of Jennifer Lawrence will be on newsstands May 16, so we have to wait for more until Monday.

On Oscar parties: ?I went to the Vanity Fair [Oscar] party for a cool 15 minutes. And then I took off. I?m like a little old lady. I?m always tired around midnight?I mean it was cool to see Elton John, and I met Billy Crystal, which was amazing, but yeah, I?m mostly just kind of uncomfortable.?

On throwing divided diet plans: ?I don?t unequivocally diet or anything. I?m miserable when I?m dieting as well as you similar to a approach you look. I?m unequivocally ill of all these actresses seeking similar to birds.? 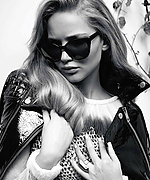 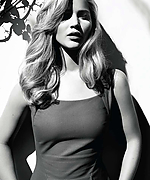 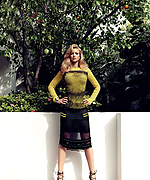 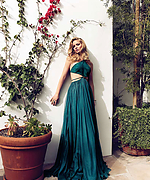 On shopping: ?It?s still not unequivocally my joy zone. you can discuss it what looks pretty, as well as right away that I?m removing some-more informed with what designers, you know what designers you similar to wearing. But you still hatred shopping. To me, selling is still torture.?

On her initial awards show: ?My initial large awards uncover was a Marcello Mastroianni Awards in Venice, Italy. That was so fun, since my family as well as I, during a time, had never been to Europe. And so you went for dual weeks prior to as well as trafficked around.?

On the success of Winter?s Bone: ?I cried when we got into Sundance. I never saw any of this coming.?

One photo by Alex Prager for W Magazine