Hello, I’ve added to the photo gallery high quality scans from June issue of ASOS Magazine! Photographs were taken by Benny Horne and, as far as I’m concerned, this is one of my favourite shoots of her. In the interview Jennifer talks about being overwhelmed by her near-overnight fame and why she never thought anyone would see Winter’s Bone, the film that scored her an Oscar nomination. She also mentions about her relationship with fellow actor Nicholas Hoult and reveals that she continues to get some of her biggest kicks from joking around with her brothers. 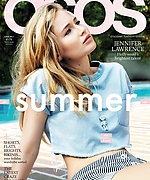 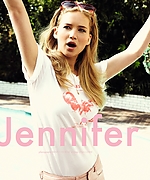 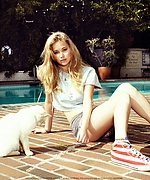 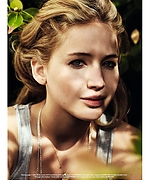 On getting used to fame: “It doesn’t actually feel like my life has changed that much. Although that’s not a good thing. I need to realize that people are listening and writing down what I’m saying. It’s a weird thing to get used to. This is exactly what I always wanted, and it’s here and I’m 20. I don’t think that I could see this coming in my wildest dreams, but you don’t expect your wildest dreams to come true. It’s kind of hard to process all of that. If I don’t sound incredibly grateful, I think I’m just overwhelmed.”

On Winter’s Bone’s surprising success: “The fact that the movie people know me for is Winter’s Bone, that tiny little movie I fell in love with and would have done anything for… I still pinch myself about it. I remember thinking, ‘This movie is going to be so beautiful, it’s a shame nobody’s going to see it.’ Fortunately that came back and smacked me in the face.”

On what makes her smile: “Typos. My brothers and I have this rule that we can’t correct our autocorrect on text messages. So for ‘Merry Christmas,’ I still have one that says ‘Merry Mumboree.'”

On boyfriend Nicholas Hoult: “People know, but we don’t want to talk about it. It’s one thing when pictures are out there, but as soon as we start talking about it, then it means everyone else can talk about it, so we don’t.”

Jennifer Lawrence on the cover of June issue of Cosmopolitan Greece!

Jennifer Lawrence covers new issue of Seventeen magazine! The foretaste of the interview.

Jennifer Lawrence: “If I look exhausted in The Hunger Games, that?s definitely real!”