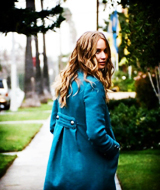 (Source: Entertainment Weekly) Throw another big film in the pile of high-profile franchises that won?t be making a major splash Comic-Con this year: Lionsgate has confirmed to EW that next year?s highly-anticipated adaptation of The Hunger Games will not be holding a big Hall H presentation. Games had seemed like a shoo-in for a big Comic-Con appearance: Based on a beloved book series, starring a cast of all-stars (like Woody Harrelson and Donald Sutherland) and up-and-comers (like Jennifer Lawrence as the central heroine Katniss Everdeen), with extremely geek-friendly subject matter. But the film?s intense North Carolina shooting schedule simply made a legitimate presentation impossible. The studio is, however, planning a major presence on the Comic-Con show floor, including exclusive Hunger Games giveaways and a contest for a fan to visit the set.

Jennifer Lawrence: ‘The Hunger Games is important for our generation’