MarieClaire.co.uk has just posted a sneak peak of its July issue. See all the beautiful photos of Jennifer from the Marie Claire cover shoot in our photo gallery and read excerpts of the interview below. Marie Claire’s May issue hits newsstands on June 9th. What do you think about that new shoot? :) 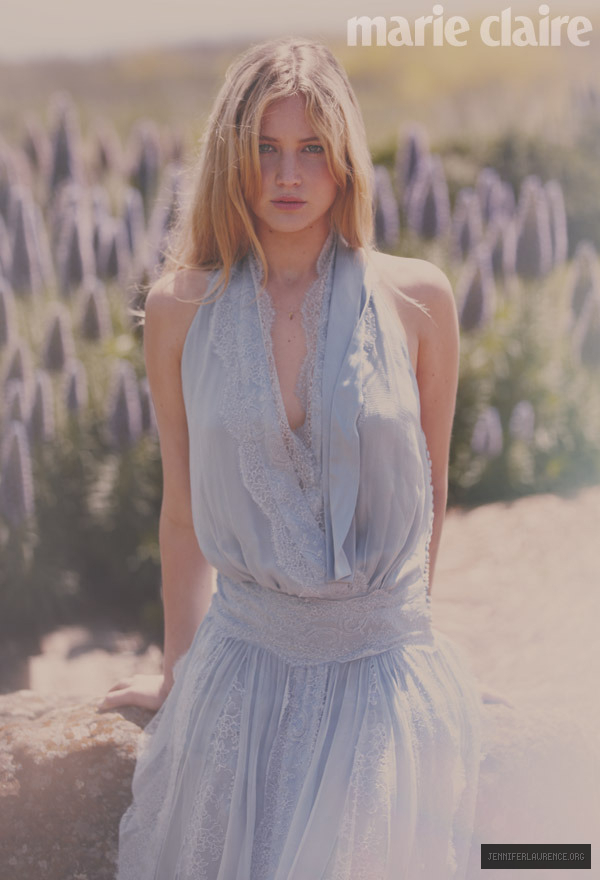 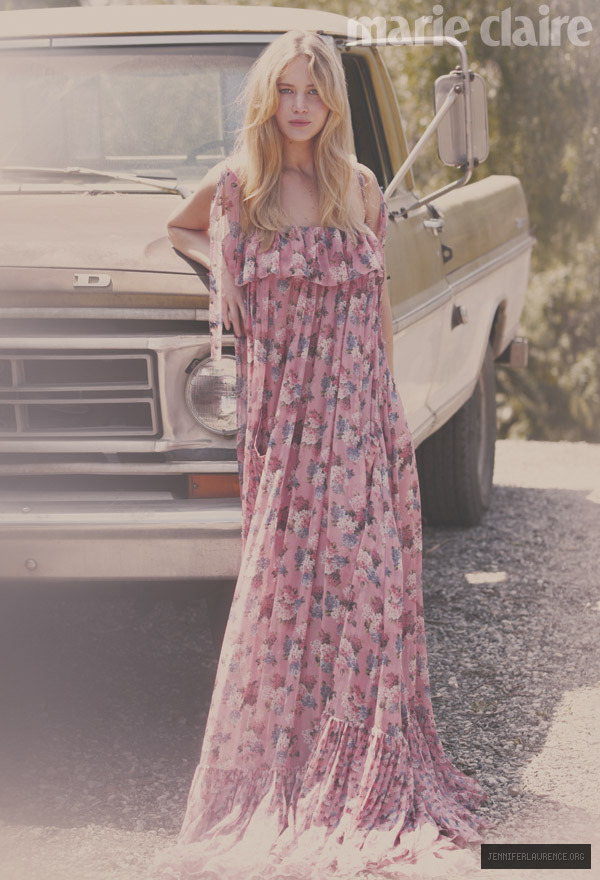 She may be only 20, but Jennifer Lawrence already has an Oscar nomination, a lead role in X-Men: First Class – and now a Marie Claire cover under her belt. Looking positively ethereal in powder blue Dior, the hottest new actress in Hollywood let us in on standing up to directors, and an unexpected London romance…

Just 10 minutes in Jennifer Lawrence’s company and it’s clear this is no run-of-the-mill Hollywood ing?nue. Part Renee Zellweger, part Jodie Foster, part Tina Fey, there’s something special about her. Pretty as a picture, the starlet struck a pose in flowing nude Rochas gown, with Detail and Alex Monroe gold jewellery.

‘Oscar season was surreal and bizarre,’ Jennifer – smouldering in a sweeping D&G dress – recalls of earning herself a nomination for movie Winter’s Bone at the 2010 ceremony. ‘It’s the biggest thing that can happen to an actress and then it’s also… they call your name on the news at 5 o’clock in the morning and it’s not your life any more.’ ‘The Oscars itself was the most fun but all those shows leading up to it had so much stress,’ our stunning Dior-clad cover star explains. ‘Like this dress and that dress… I felt like a politician on a campaign trail.’

There’s nothing manufactured of affected about Jen. What’s more, in contrast to many actresses in her age bracket, she’s unafraid of speaking her mind. Mention the Calvin Klein custom-made gown she wore to the Oscars and she’s more interested in discussing the size zero debate and the demands of her industry.

‘I understand I’m an actress and I have a job and I have to be in a certain shape, and I’m fine with that. But I do want the stick-thin trend to end,’ Jen, dressed in shimmering Donna Karen, explained. ‘I like eating so I didn’t really diet during the Oscars. In fact I needed to go on a diet afterwards!’

‘I’ve always had the same mentality,’ Jen in a figure hugging Dolce and Gabanna bodysuit reveals of her acting career – which includes roles in Burning Pain, Winter’s Bone, and more recently, X Men: First Class and The Beaver. ‘If I have to give a mall part of myself to make a role a little better, then I’ll just do comedies. Because it’s not worth it.’

On her love life, Jen (reportedly dating X Men co-star Nicholas Hoult) remains decidedly coy. ‘No I’m not single,’ she replies to our question after a silence and a faint smile.

The Hunger Games cast at Comic-Con?