(Examiner.com) When you hear reports that Jennifer Lawrence was brought in “to sing a haunting song” that’s allegedly for The Hunger Games, fans immediately think of one thing: Rue’s lullaby. According to Echo Mountain Recording, T. Bone Burnett is the music supervisor for The Hunger Games, and he recently flew in to North Carolina to work on some of the music for the movie. One of the songs he worked on, Echo Mountain Recording says, was a “haunting song” in which he brought in Jennifer Lawrence to sing. 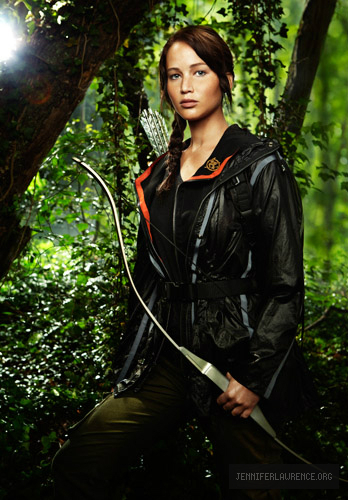 Spoilers ahead, if you haven’t read The Hunger Games – but as fans know, Katniss (Lawrence’s character) sings to Rue when the younger girl is dying. The song is a haunting lullaby, with lyrics such as:

Deep in the meadow, under the willow
A bed of grass, a soft green pillow
Lay down your head, and close your sleepy eyes
And when again they open, the sun will rise.

The song comes from one of the book’s most emotionally charged scenes, so fans will be glad to hear that the lullaby is likely to be included.

It’s also exciting to hear that T. Bone Burnett is working on music for The Hunger Games. He has an impressive resume, and his past work includes films such as Crazy Heart, Across the Universe, O Brother Where Art Thou?, Cold Mountain, and Walk the Line.