Listen up Tributes, this is for you. Gary Ross, The Hunger Games director talks to MTV News via Skype and shares with us his experience on the set of the movie. Additionally he talks about Gale (Liam Hemsworth) as important part of Katniss’ life, Jennifer Lawrence’s training in the North Carolina forest and upcoming shooting the movie.

Katniss Vision
Suzanne Collins’ novel is a first-person tale, and it’s clear from the teaser Ross is striving to capture that same sort of immediate access into Katniss’ head.

“I think one of the most important things when you adapt a book like this is to give people the experience they really had when they read it ? the same kind of visceral experience they had,” he explained. “I think [the reason] everybody felt so strongly in what Suzanne did was that they were with this character, they understood her, they were in her shoes, they were in her head. It was such an intense first-person experience. My job in making a film is first and foremost to reflect that.

“How do we get inside Katniss’ head? How do we feel what she’s feeling? How do we become her?” Ross continued. “The first thing that allows you to do that is Jennifer Lawrence, because she’s such an unbelievable actor. She has so much depth and power and talent and sophistication and sensitivity and subtlety that she’s become Katniss Everdeen synonymously. I hope people feel about Jen and Katniss at the end of this three-book cycle the way they feel about Daniel Radcliffe and Harry Potter ? that they’ve become very synonymous with one another.” 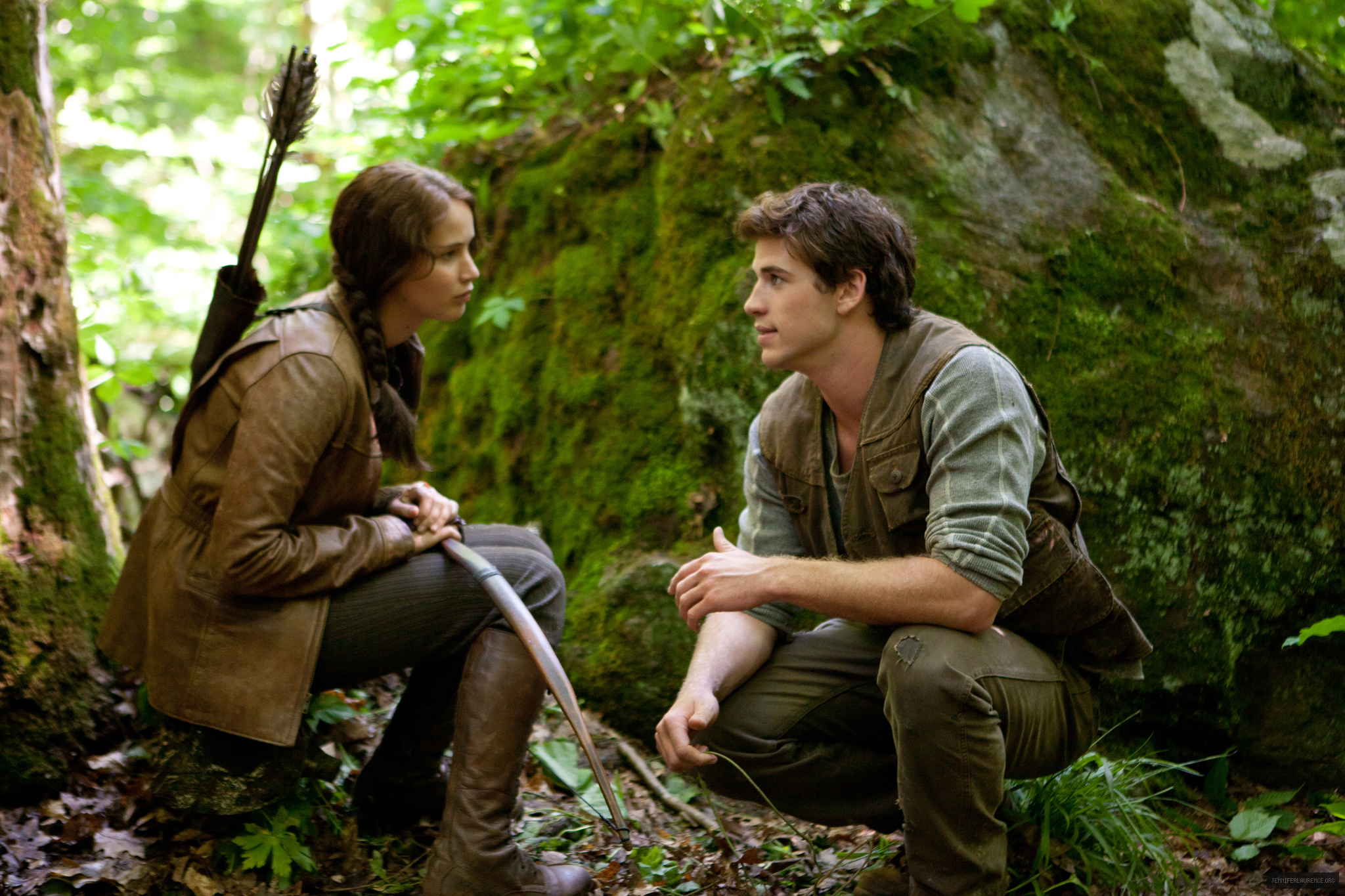 Gale’s Voiceover
That voiceover you hear during the trailer? That’s Katniss’ District 12 pal Gale Hawthorne (Liam Hemsworth). And Ross has a very specific idea in mind about the importance of making Gale a part of this initial footage (and not Katniss’ Hunger Games companion, Peeta Mellark).

“As everyone knows, Gale is an enormous part of Katniss’ life, but he’s not as big a part of the first book as he is the subsequent books,” the director told us. “I think he’s very, very present and he’s tremendously important, but of course we shift into the Capitol and then the arena, where Peeta ends up playing a more prominent role. But he’s in her head, he’s in her life, he’s something that echoes with her throughout the games, as any reader of the book knows, so he plays an obviously prominent role.”

The Difficulty of the Shoot
Though Ross and his team didn’t have to contend with giant fireballs in the woods, as Katniss does in the first book, the filmmaker revealed that the set in the North Carolina forest posed quite a challenge to the production.

“This was like shooting in Vietnam,” he said. “I felt like I was making ‘Apocalypse Now.’ The thing was so rigorous. We spent something like six weeks outside in the jungle every day, hiking up and down mountains with cameras and in the mud and in driving rain storms. We all felt it, but nobody felt it as much as Jen did. It’s been an intense physical experience for her.“

Just Getting Started
While Ross was proud to show off this initial footage, he told us this is only the beginning and that there are a few scenes and characters in particular that he can’t wait for people to see in the future.

“We’re still shooting, so unfortunately, it’s just a teaser,” he said. “We could only give you a little bit, because we’re still down here making the movie. I’ve got to leave in half an hour and shoot. But there’s a lot of things to come that I think are going to be hugely epic and very emotional and incredibly powerful. I think that we’ve done wonderful things with the mutts. I think that we’ve done a tremendous job bringing the Capitol to life, and I think that’s going to be really, really exciting for people to see. And all the performances! Wait till you see Stanley Tucci do Caesar Flickerman.”