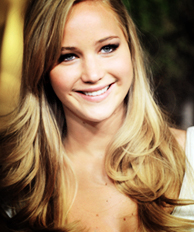 About half an hour ago, MTV posted on its Hollywood Crush blog a list of 21 things that we could don’t know about Jennifer. So if you would like to be an expert — that knowledge would be very useful. :)

1. Jennifer was born in Louisville, Kentucky.

2. She already has an Oscar nomination to her name thanks to her starring turn in the drama “Winter’s Bone.”

3. She’s a good girl. “I didn’t sneak out or drink. Once I told my parents to ground me because I was going to a party with alcohol. It’s kind of disgusting,” she told Teen Vogue of her teen years.

4. She was a cheerleader for six years.

6. Jennifer decided at 14 that she wanted to be an actress and begged her parents to take her to New York City.

7. Before her big-screen break in “Winter’s Bone,” Jennifer was a TV actress playing Lauren Pearson on “The Bill Engvall Show.”

8. She does a mean Snooki impression. Watch the video here!

9. Jennifer will be seen next in the romantic weeper “Like Crazy” out October 28.

10. She’s gone through rigorous training to portray Katniss, including rock climbing, tree climbing, vaulting and yoga. Sign her up for London 2012!

12. Jennifer was a fan of “The Hunger Games” novels before being offered the role.

14. She’s played Anton Yelchin’s love interest twice (in “The Beaver” and “Like Crazy”).

15. Jennifer’s own mom didn’t recognize her after she dyed her hair for “The Hunger Games.” “She came to visit me on set and walked into the trailer, and went ‘Sorry,’ and looked me right in the eyes and walked out,” Jennifer recalled on “Live! With Regis and Kelly.”

16. She’s not a fan of dieting and loves Philly cheesesteaks (a girl after our own hearts!).

18. Jennifer is the only girl in her family and has two older brothers.

19. She’s a rumored frontrunner for a role in “The Silver Linings Playbook,” reportedly costarring Bradley Cooper and Robert De Niro.

20. She and MTV go way back. One of Jennifer’s first gigs was in a “My Super Sweet 16” commercial.