World premiere of the highly anticipated trailer for The Hunger Games on Monday!

Mark your calendars or set the alarm clock, do whatever you want to not forget about it!

This morning Good Morning America announced that trailer for The Hunger Games will be making its debut on November 14, during the 8:00 (Eastern Time) hour of GMA on Monday!

Moreover, according to Liosgate’s press release, the debut will be hosted in person by actor Josh Hutcherson, who plays the pivotal character of Peeta Mellark in the film. In addition to airing nationwide, the trailer will also be shown in its entirety on Good Morning America?s jumbotron in New York City?s Times Square.

Edit: The trailer promotional poster has been just released; you can see it below. Additionally, Lionsgate confirmed that The Hunger Games trailer will indeed be in theatres next week with Breaking Dawn and after its premiere on Good Morning America, it will be released on iTunes! 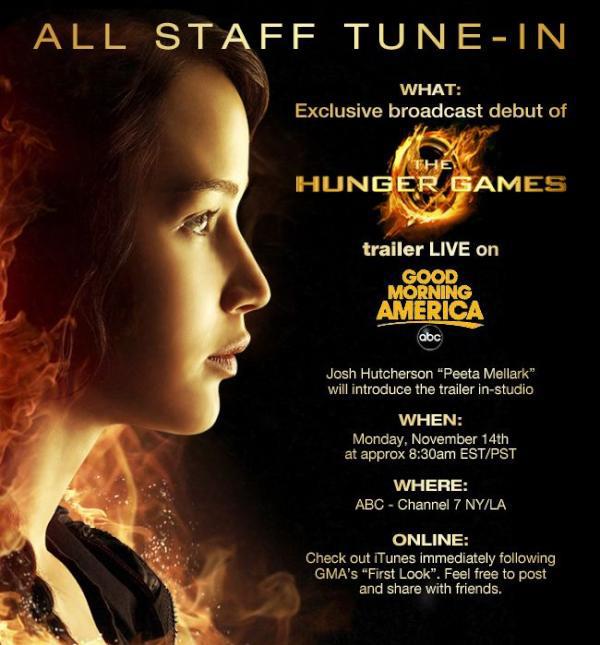 What would you like to see in ‘The Hunger Games’ trailer?

Jennifer Lawrence – The Hottest New Hollywood Actress and celebrity who have had a very good year.