Today Entertainment Weekly showed us brand new The Hunger Games still! The photo features Katniss (Jennifer Lawrence), Peeta (Josh Hutcherson) and Cinna (Lenny Kravitz) just before the introduction of the tributes from all the districts. As far as I’m concerned the still is just… WOW, it’s amazing! 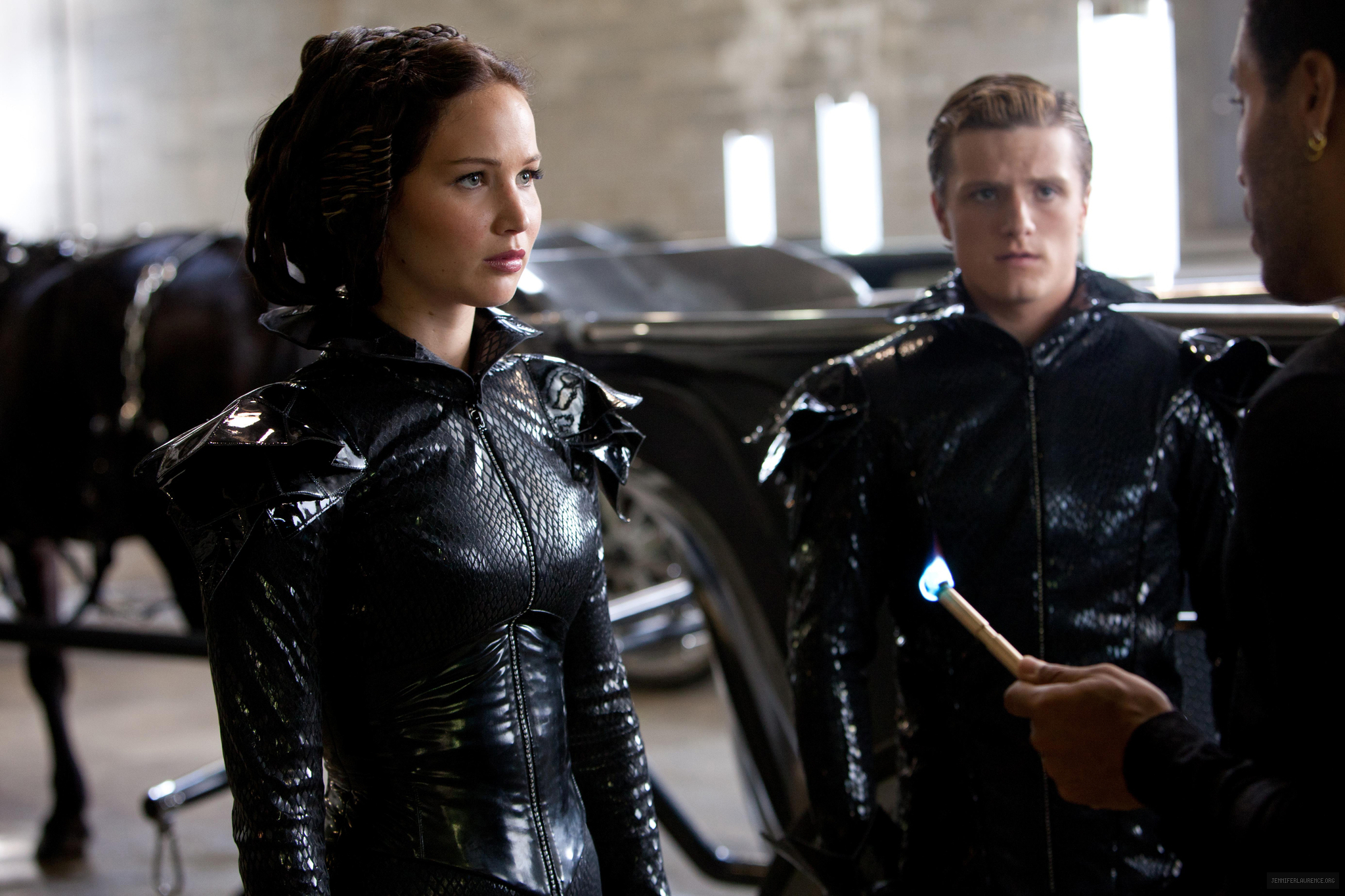 Entertainment Weekly: Everyone who has read Suzanne Collins? Hunger Games has a specific mental image of what this world and its characters should look like, especially certain crucial scenes like the opening ceremonies of the Games. Well, bravo, Gary Ross and company. In this exclusive photo from the moments just before their introduction, Cinna (Lenny Kravitz) readies a final flaming flourish to Peeta and Katniss?s black costumes. ?This is one of those moments where Cinna?s character syncs up with the creativity of our costume designer Judianna Makovsky,? says Ross. (Makovsky earned Oscar nominations for her work on Ross? previous movies Pleasantville and Seabiscuit.) ?What Cinna was trying to do was create something that came out of District 12, out of a coal mining world, with a fresh, bold look to it. So Judianna went to this wonderful black reflective material that glistened like coal or graphite and would obviously work well in the Tribute parade where Katniss becomes the Girl on Fire.?

We couldn’t agree more with Mr Ross, could we? :)

Jennifer Lawrence: ‘The Hunger Games is important for our generation’