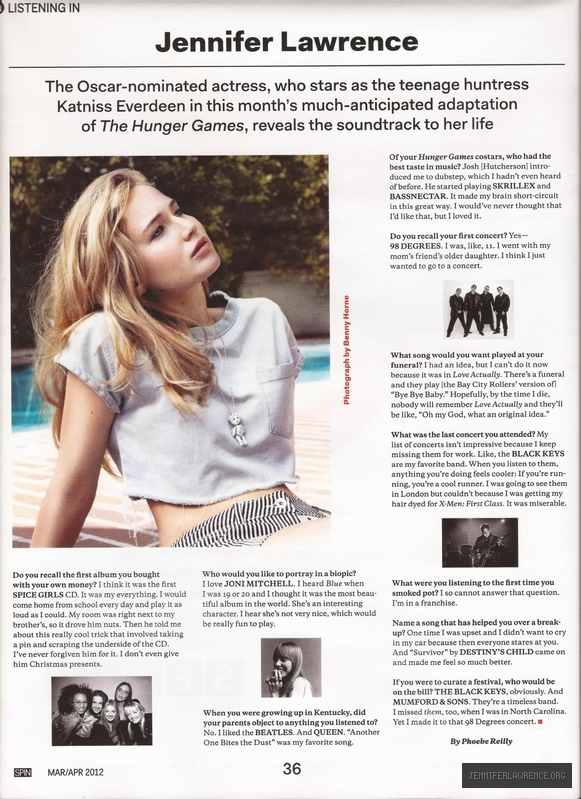 Jennifer Lawrence is featured in March issue of ‘SPIN’. In the interview with music magazine, she talks the first album she bought, her favourite bands (Queen, The Beatles, Black Keys and Mumford & Sons…) as well as a song that she would like to be played at her funeral, among others. You MUST see this!

Of your Hunger Games costars, who had the best taste in music? Josh [Hutcherson] introduced me to dupstep, which I hadn’t even heard of before. He started playing SKRILLEX and BASSNECTAR. It made my brain short-circuit in this great way. I would’ve never thought that I’d like that, but I loved it.

Name a song that has helped you over a break-up? One time I was upset and I didn’t want to cry in my car because then everyone stares at you. And “Survivor” by DESTINY’S CHILD came on and made me feel so much better.

When you were growing up in Kentucky, did your parents object to anything you listened to? No. I liked THE BEATLES and QUEEN. “Another One Bites the Dust” was my favorite song.

New photos of Jennifer Lawrence from ‘House at the End of the Street’!