At the press day of The Hunger Games, Jennifer talked to Collider.com about the challenge of stepping into a role that?s already in the minds of so many different people, the training she had to go through for the film, staying in shape so that she won?t have to start from square one for the possible sequels, how all of the fan attention at public appearances is directed towards her male co-stars Josh Hutcherson and Liam Hemsworth, how she prefers a technical approach when working with a director and that she likes to adapt to whatever that director?s style is, her favorite scene from the movie, and how great it was to get to be the strong young woman at the center of this story. Read the latest Collider.com’s interview with Jennifer below :) 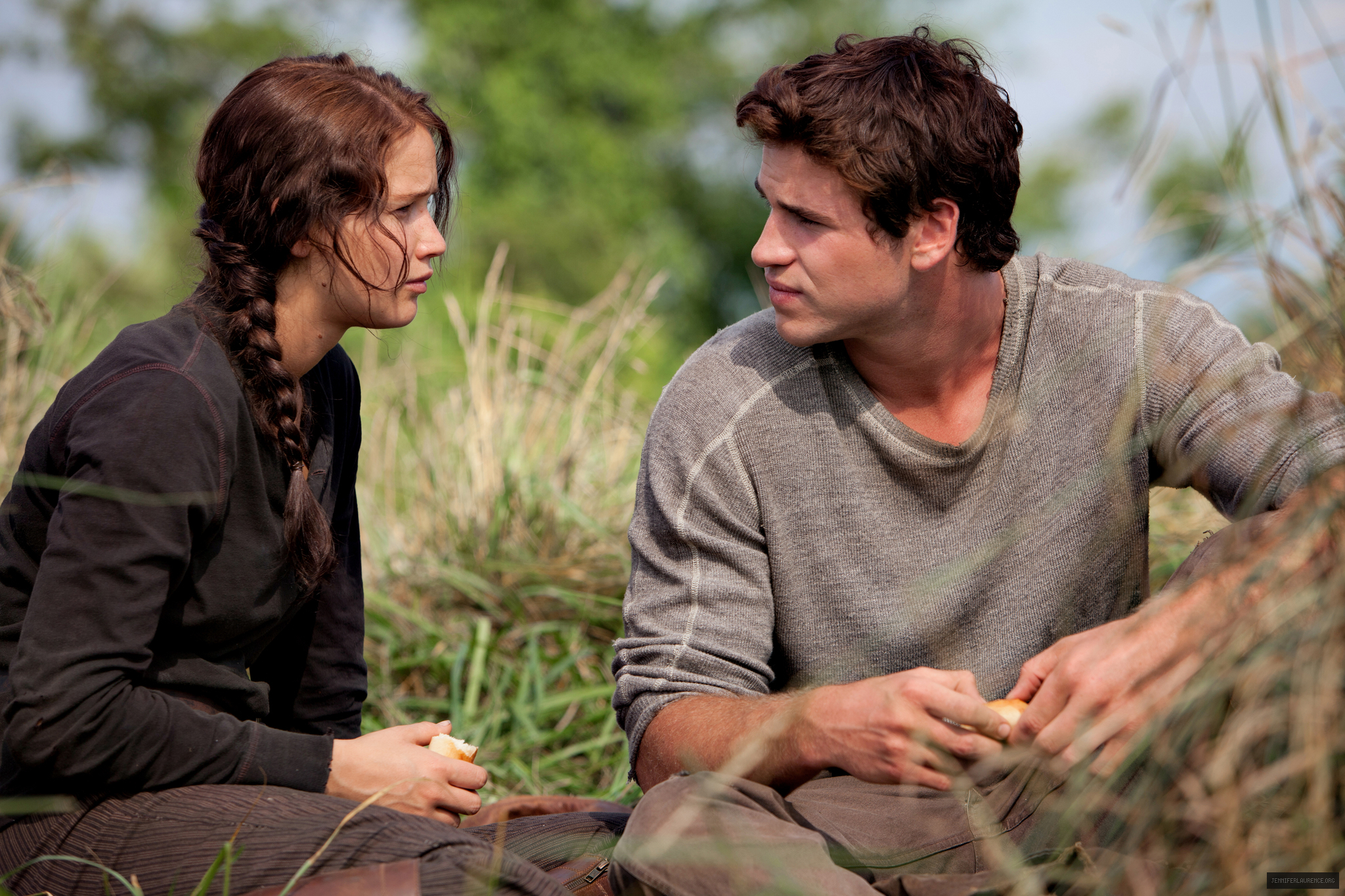 Collider.com: After The Poker House, Winter?s Bone and now The Hunger Games, what is it about these downtrodden characters that appeals to you?

Jennifer: I don?t know. Before I get a script, I?m like, ?Does she like the forest? Does she have younger siblings?? I don?t really know what it is. Jodie Foster once told me that, 20 years from now, I would look back at my career and see a patter, and understand what it had to do with my life. Now, I?m just like, ?I don?t know.? I?m just as puzzled as everyone else.

Collider.com: What did you find to be the most challenging aspect of stepping into the role of Katniss?

Jennifer: That she was already in the minds of so many different people. Normally, when you?re coming out with a movie, nobody has really seen the character before. You?re just giving it to them. I?m playing a character that most people have already had in their mind, and heard her speak in their mind and seen her. That?s a scary thing to go into, knowing that so many people already have pictures or an idea of what your character is.

Collider: Did you have preconceived images and notions of her?

Jennifer: Yeah, but that?s just what I do. What I read and how I understood her and my perception and understanding of her is what I portrayed her to be, in the movie.

Collider.com: How has it been to do a mall tour and get to see the fans?

Jennifer: I felt like Justin Timberlake from NSYNC. It was nuts! One girl almost fainted. But, it?s never for me. I sit in between the two guys, when we?re signing. Liam [Hemsworth] is on one side and Josh [Hutcherson] is on the other. So, they start with Liam, and then he speaks with his Australian accent and somebody passes out. And then, I barely get a chance to put my name on the poster before they slide it over to Josh, and they?re like, ?Oh, my god, I loved you in . . .,? and they?re crying again. I?m just like, ?It?s okay. Screw me. Who am I?? I practiced my signature for so long, and now I don?t even get to use it. There used to be a heart. I took the heart out. It was stupid.

Collider.com: What kind of training did you have to go through for this role?

Jennifer: Running, free running, which is for agility, archery, climbing, combat and yoga. But, that?s all.

Collider.com: How are your tree climbing skills?

Jennifer: Good, if I have a harness.

Collider.com: Knowing that this is a possible franchise, is that stuff you have to keep up, even when you?re not in production?

Jennifer: When you?re in a movie called The Hunger Games and you?re not working, you eat. As far as the exercise goes, I like to stay in relatively good shape anyway, running and doing something. It is also so that when training comes along, I don?t have to start from square one. There is relative maintenance, which is just being able to withstand cardio, mostly.

Collider.com: With so much of this film being from Katniss? perspective, how many days off did you have during shooting?

Collider.com: How useful was the book, as a tool, since it?s in first person?

Jennifer: For an actor, it?s an amazing thing because I get to have my character?s inner dialogue, which never happens. That?s very useful.

Collider.com: At some point, did you have to just let go of the book and concentrate on the script for the film?

Collider.com: You?ve gotten to work with some very strong directors. How does Gary Ross compare? What?s his style?

Jennifer: He doesn?t even have one. He can communicate with every single actor. He can make anything work. I?m better with technical stuff. Just tell me what you don?t like and I?ll fix it. Don?t tell me to think about [something hypothetical]. That doesn?t work for me. Just tell me what?s right and what?s wrong, and just tell me what to do. So, he was very technical with me. If somebody else needed more emotional guidance, then he could do that.

He can work with any actor. He can communicate about the lighting and the camera. He?s a genius. He was one of those directors that has an amazing vision and a very specific vision, and he never once gave that up, which is hard when you?re doing a studio film. But, to the studio?s credit, they were amazing as well. They were all fans of the books. So, he?s strong and he?s brilliant, but he also listens to everybody. You never feel like you?re being controlled. It was very artistically freeing.

Collider.com: When you?re looking at projects that you?re thinking of doing, do you consider who will be directing?

Jennifer: That?s something I?ve always looked at. It?s always been about the script and the director, for me. There are directors that I want to work with and that I admire. You can love a script, but if it doesn?t have a good director, it won?t be that. I like to adapt to a director?s way of working. I love doing that. Each director is so different, and you have to adapt to this new way of doing something. That?s what?s amazing to me. That?s why I love directors. I don?t want to director to have to work around me. I think it?s more fun for me to come in on their thing.

Collider.com: Do you have a favorite scene from the movie?

Jennifer: Yeah, the scene with Stanley Tucci, before I go to the Games. That was just hilarious, to see that. That was also the moment that Katniss realizes that it?s a game, and if she wants a chance to win, she has to play along.

Collider.com: How was it like to work with the camera all around you? Did that effect your performance at all, or did you just have to ignore where the camera is?

Jennifer: No, you can?t ever let yourself be thrown by cameras. That?s never good for an actor. That?s also trusting your director. That?s why, when you?re reading a script, you find a director that you want to work with and make sure they?re somebody that you trust, so that when you see something odd or something different, you know [it will be okay]. I knew there was nothing to worry about. I knew the camera was behind me and that was odd, but I didn?t think twice about it.

Collider.com: What was it like to work with people like Stanley Tucci, Woody Harrelson and Elizabeth Banks in this?

Jennifer: I always try to be a sponge and soak up as much as I can, when I?m working with people like that.

Collider.com: What did your sponge soak up from Woody Harrelson?

Jennifer: Woody is the nicest person in the entire world. You know that he would be the exact same, no matter what his job was or what he was doing. He is just still that guy from Texas. He can strike up a conversation with anybody. It almost seems odd, seeing him on a movie set. He?s one of the most incredible actors in the world, and he almost doesn?t fit on a set. He?s just too relaxed. He has no air about him. You see him hanging out and it?s almost like somebody brought their really nice cousin from Texas, and then, all of a sudden, he?s on camera.

And, he does backwards acting. We had a scene where I stab a knife through his fingers on the table, and to do that, you have to do everything backwards, and then they put it forward in post. So, we would start [with the knife in the table], and then, slowly, everything would go [backwards]. Woody said, ?I?m even doing backwards acting. When I get here, I start to feel my desire for the jam.? He was full of gems like that.

Jennifer: It?s great! I feel like, not only have we gotten to the place where we have a strong female lead, like Lara Croft being the female James Bond, we have somebody who?s not even the female James Bond. She is somebody who is literally really a young girl, being thrown into this situation and not knowing if she?s going to survive it. That says a lot.

ET’s interview: Jennifer on Stewart’s fame & her reaction to prank that Josh Hutcherson played on her

Jennifer Lawrence on playing strong women, her survival skills and why she is afraid of fame