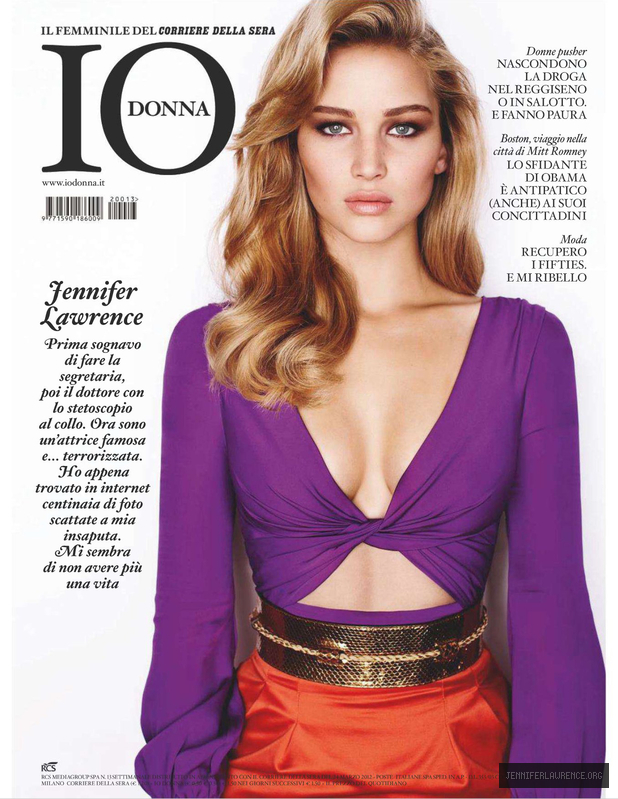 Jennifer Lawrence graces the cover of IO Donna, Italian magazine (issue from 24 to 30 March). We all know this photoshoot used for the mag, they are taken by Max Abadian for June 2011’s Flare (if you don’t know what I mean, go here :))

Thanks to GossipCenter.com, we can read magazine excerpts, our Jennifer talks fame, future, family and The Hunger Games.

On whether she feels ready for this big change:

Yes, I’m ready, but also terrified. But then how do you feel ready for something you do not know? I … I’m afraid.

By pure chance. I was 14, I was in New York with my mother, standing on the sidewalk watching a rap-dancer, when a guy with a camera comes up and asks permission to take a picture. ‘Why not?’ my mother says, amused … In New York anything can happen. After a week I got a call at home and was asked to make a commercial. In short, I became a model, but without much enthusiasm. My agent, however, was always there, hammering: ‘Would you rather be a successful model or actress who is starving?’ For goodness sake, I have not had a moment’s hesitation.

On the runaway success of the ‘Hunger Games’ trilogy:

We live in a world obsessed with reality shows, we use the personal tragedies to entertain the audience and we want to shock people to succeed.

On where she sees herself in a few years:

With a family and many children. Acting is my job, but it is only a small part of my life, certainly not the most important. What really counts for me is to build lasting bonds.

If somebody know italian and would like to translate us this interview, it would be great! :) I’ve just added IO Donna scans to photo gallery, so check it out! :) 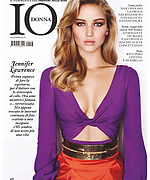 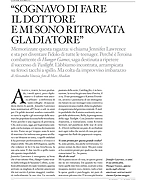 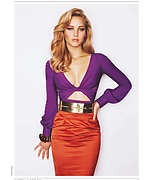 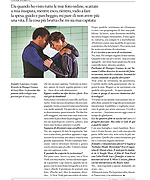 Jennifer Lawrence rushes to the aid of fainting woman!