Yesterday Jennifer Lawrence was seen in Los Angeles when she arrived at Los Angeles International Airport. Paparazzi had taken her some photos which I added to our photo gallery. Check them out! 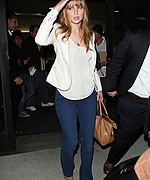 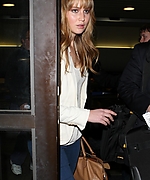 As you may know, tomorrow Jennifer is attending “The Hunger Games” red carpet premiere in Los Angeles! The event will be broadcasted on several sites, for instance MTV.com. In case if you don’t know, MTV broadcasts the premiere on March 12 starting at 8:30 p.m. ET/5:30 p.m. PT. Will you be tuning in to MTV News’s livestream of the “Hunger Games” premiere?

[CANDIDS] Back from gym