Today Collider.com posted the first, official image of Jennifer Lawrence and Bradley Cooper in “Serena”! How awesome is that? They have just started shooting the picture, in case you missed it, H E R E you can see the photos of Jen and Bradley on the set of “Serena” which were taken April 7th in Prague. And if you want to see the still from “Serena” in full view, click on the thumbnail below. 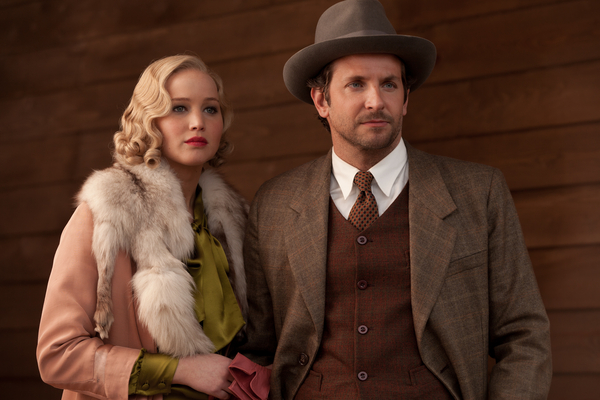 The film follows newlyweds George (Cooper) and Serena Pemberton (Lawrence) who travel from Boston to the mountains of North Carolina where they begin to build a timber empire in 1929. Serena soon shows herself to be the equal of any man: overseeing crews, hunting rattle-snakes, even saving a man?s life in the wilderness. Together, this king and queen rule their dominion, killing or vanquishing all who stand in the way of their ambitions. But when Serena learns that she can never bear a child, she sets out to murder the woman who bore George a son before his marriage. And when she starts to suspect that George is protecting his illegitimate family, the Pembertons? intense, passionate marriage begins to unravel as the story moves toward its shocking reckoning.

Another “The Hunger Games” poster featuring Katniss Everdeen is released, plus promotional photoshoot