Jennifer has just started her preparations to returning to the cameras later this Summer when production on the second installment of The Hunger Games gets under way. Yesterday she had stopped by the doctor’s office in Santa Monica and then, she went for a run along the coastline. 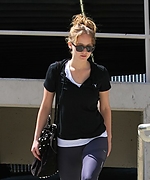 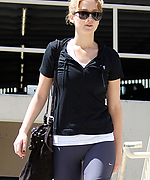 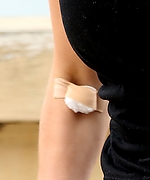 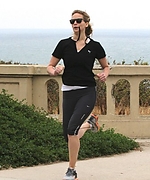 As we can see in the pictures, the actress was seen working out in Santa Monica at a terrific speed as she ran from the beach up to Ocean Blvd in LA. Dressed in navy Nike leggings and grey trainers with an orange sole, Jennifer was a natural beauty with her hair tied back simply in a ponytail and a pair of shades to reduce the make-up free factor. I added to the photo gallery more than 60 pics, so be sure to check them out!

Jennifer Lawrence as Katniss on ‘The Hunger Games’ final poster – take a look!

New Jennifer Lawrence’s photos on the set of ‘Serena’ in Czech Republic, 04/20