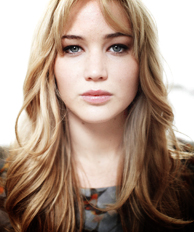 Forbes compiled their ?Women to Watch? list for 2012 on August 25, and Jennifer Lawrence found her name among the world?s most powerful women — Kate Middleton, Kamala Harris, Olivia Lum. At 22-years-old, Lawrence is the youngest woman on the list. Congrats Jen!

Age: 21
Big Break: In 2011 nominated for an Academy Award for her starring role in Winter?s Bone

Profile: Lawrence is expected to take home more than $10 million for the 2013 sequel to Hunger Games, Catching Fire, which, along with a handful of other high-profile projects in the works, could put her among the best-paid actresses of the year. Next up for the Oscar nominated actress: costarring with Bradley Cooper in 2013?s Serena, a period piece set in Depression-era North Carolina.

Jennifer Lawrence on the cover of UK Vogue