Jennifer had paid her daily visit to the gym in Santa Monica, California this morning, and paparazzi take her another bunch of pics (which I have just added to the photo gallery, by the way). But that’s not all, according to Entertainmentwise.com, “the actress was busy filling up her car at an LA petrol station when she found herself surrounded by nosy paps. Now Jen is probably used to all the attention, ever since she exploded onto the big screen in ‘The Hunger Games’ earlier this year she’s been followed day and night. But one bystander today decided enough was enough! 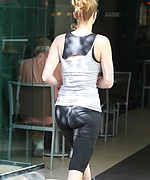 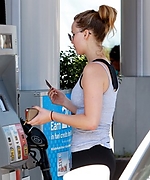 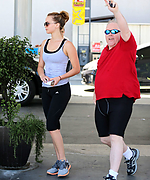 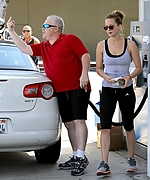 A man at the gas station took it upon himself to help out Jennifer, by providing a personal escort to and from her car. As she was filling up her car, Jen’s new bodyguard even gave a very rude gesture to the paps!

The actress, who looked like she had just finished a work out, seemed a bit bemused by the man’s actions, doing her best to ignore him. She let out a grimace when the stranger raised his middle finger before giggling as she drove away.” 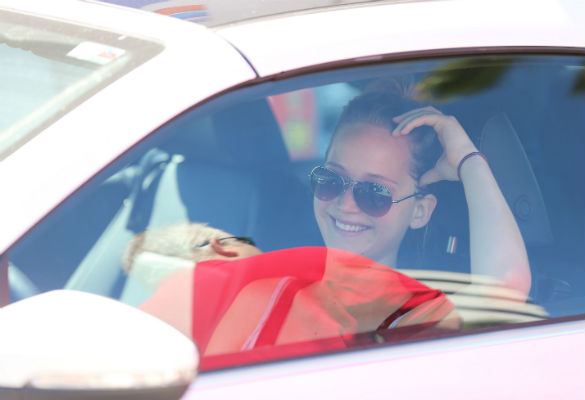 PS: As soon as I get better quality pics, I’ll add them to the archive :)

‘Joy’ Women in the World Luncheon