Elisabeth Shue, best known as the “girl next door” in 1980s blockbusters like ?The Karate Kid? and the second and third ?Back to the Future? movies, makes a return to the silver screen in the horror film ?House at the End of the Street.? And the actress had some surprising words about her co-star Jennifer Lawrence. 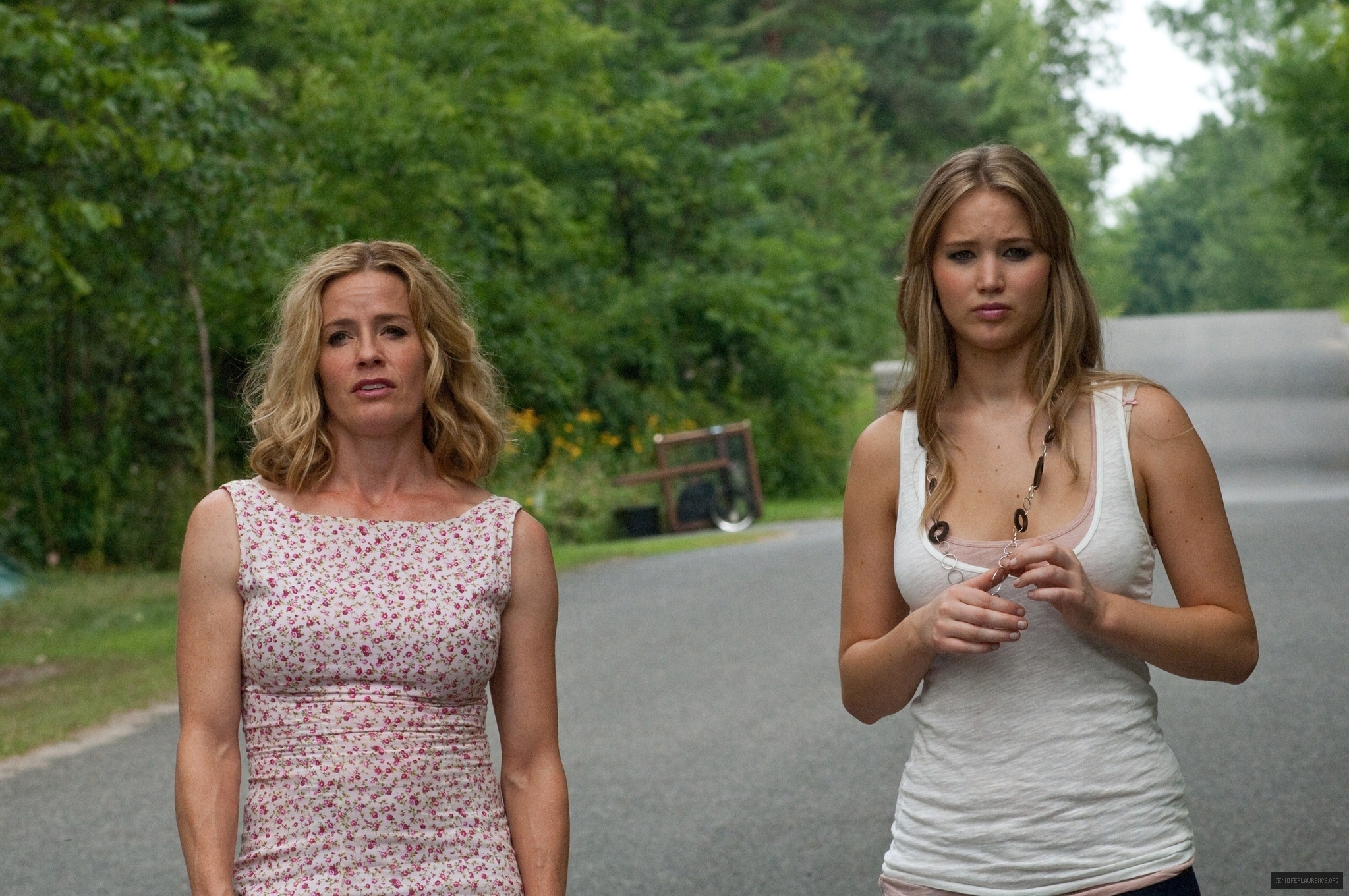 In ?House at the End of the Street,? the 48-year-old actress plays Sarah, a newly single mother who decides to relocate herself and her teenage daughter Elissa (Lawrence) to a new home in rural Pennsylvania ? ominously located next door to a house where a brutal double murder took place. The only surviving resident of the house turns out to be a loner teenage boy named Ryan (Max Thrieriot) whose younger sister murdered both of their parents before fleeing and allegedly drowning, never to be found again. When Elissa strikes up a romance with Ryan, Sarah unsuccessfully tries to step in and prevent things from getting too serious. ?Sometimes people can?t be fixed,? Sarah counsels Elissa in the film, to no avail.

But if Shue has any real-life motherly words of guidance for her younger co-star, she seems hesitant to dispatch them. In an interview with , Shue said that upon meeting the “Hunger Games” star for the first time she was immediately impressed by her maturity, adding that Lawrence was ?much more mature than I was [at that age].?

?In real life, it was very interesting meeting Jennifer for the first time, because she is incredibly grown up for her age. It was nice that the second I met her, I was like, ?Oh, this dynamic is going to be perfect,?? said Shue. ?It was great working with her. She’s really warm and generous. She also had a great sense of humor.?

Shue, who got her start at around the same age as Lawrence by working on commercials, said she thinks Lawrence has already moved past that stage in her career.

“What I realize is just how different really our beginnings were,” said Shue, adding that Lawrence is ?much stronger, much more sure of herself.? “I feel like it took me years to gain a certain confidence, a foothold in this business, and really understand it. I feel like she is so knowledgeable and confident and sure of herself that I think her road will be easier.”

?The House at the End of the Street? was released on Sept.