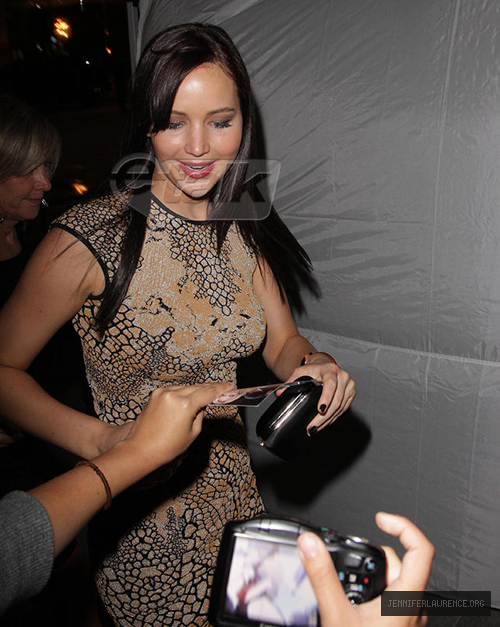 Jennifer Lawrence-Kristen Stewart rumors continuation. According to People.com, girls met at TIFF and “after being introduced, Kristen and Jennifer were soon chatting like old pals,”. Dailymail.co.uk also adds that Jen, KStew and Emma Watson were seen “chatting away in the corner of the private Soho House club in Toronto”. It looks as if the trio knows and likes eachother! What do you think about it?

Out & About — Jennifer leaving ‘Silver Linings Playbook’ after party in Toronto

From a distance, the three young women chatting away in the corner of the private Soho House club in Toronto seem like old friends sharing a late night cocktail. But zoom in closer and you soon realise the trio are stars of movie franchises that have garnered more than ?4billion at the global box-office, and that’s probably an under-estimate.

Jennifer Lawrence, Kristen Stewart and Emma Watson, all 22, are three of the most powerful actresses in Hollywood and if nothing else their friendly repartee dispelled idle rumours that they must be bitter rivals.

‘They’re just three girls having a quiet chat after a long day and an even longer night working’, noted Nick Jones, the founder of the Soho House group.

The ladies were enjoying a private conversation after their films premiered at the Toronto International Film Festival last week.