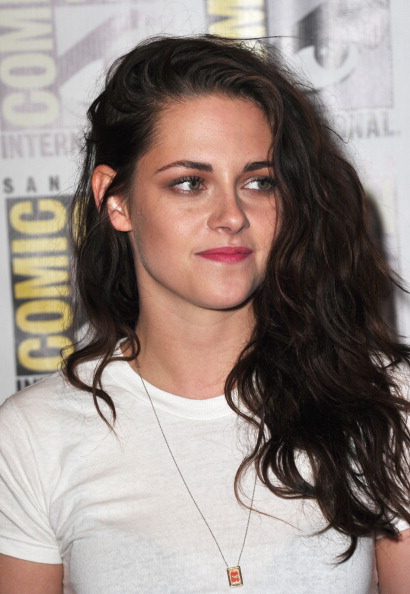 According to Us Weekly, Kristen Stewart had something to smile about in Toronto on Saturday: While doing press at the Intercontinental Hotel, she happily met Jennifer Lawrence for the very first time.

“People who saw them said they were geeking out about each other,” a source tells Us Weekly of the actresses, both 22 and the heroines of their own globally massive fantasy franchises (Twilight and The Hunger Games). Adds the source: “Kristen and Jennifer told friends they had emailed in the past but had never seen each other face to face. They’re big fans of each other.”

Indeed, back in March, Lawrence told Access Hollywood that she had emailed fellow superstar Stewart over a supposed feud.

“I wrote her an email because there was this huge, like, article about a Twilight and Hunger Games feud,” Lawrence said. “And we’ve never met before and never spoken . . . “I just shot her an email, and was like, ‘Hey, can’t wait to see more as this feud unfolds!”

To her surprise, Stewart replied!

“[Kristen] wrote me back, and she was like, ‘It’s fine. Welcome to [our] world where everything you say gets turned into [something it’s not],'” Lawrence said. “So, she understood.”

Jennifer Lawrence to present at The Screen Actors Guild Awards