In Hollywood, some areas are still woefully underrepresented by women despite the fact that theoretically there is true equality for men and women in all walks of life… But, to be honest, practically, there is not. Variety highlights the women who continue to influence Hollywood and the world. 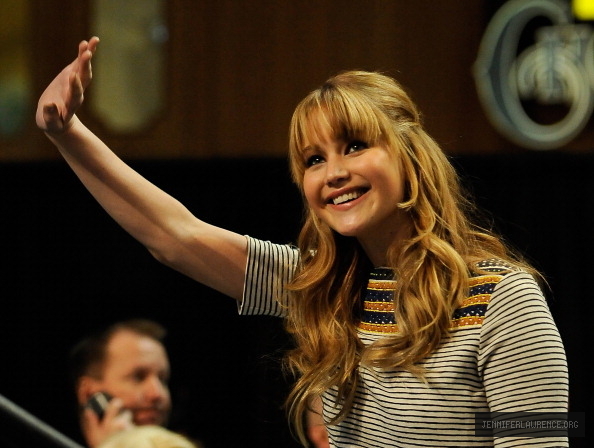 This year, Jennifer Lawrence also represents the amazing women working in the entertainment industry. Congratulations Jennifer, you deserve it! :-)

She was already making rumbles in the acting world with her tough-as-nails performance in “Winter’s Bone,” landing her an actress Oscar nom, but it was Lawrence’s star-turning role in global blockbuster “The Hunger Games,” as heroine Katniss Everdeen, that has turned the actress into a household name, and one much in demand. She also was recently onscreen at Toronto in buzz pic “The Silver Linings Playbook,” from David O. Russell.

What we should know: “Moviemaking is really fun, even when the crew is different on any movie, it’s always the same kind — nice, fun and accepting. There’s a certain personality that comes with making movies, you have to not take life too seriously cause at the end of the day you’re just making movies, and having a great time.”

Word of wisdom: “Try it (acting) for a few years and if it doesn’t work out try something else. It’s one of those things that always sounds so nice, just keep going and one of these days your dreams will come true, but it’s a fickle industry and its completely random and unpredictable, it’s not like being a lawyer where you take a test and then you get to become one.”

Life-work balance: “I always have friends coming in and out of town. And when you have time off, just completely let go of everything. I hang out with the people I always do, outside of my work life nothing changes. If you have a good group then if the people around you don’t change, hopefully you won’t change.”

Charitable passions: “I’ve got a charity at home that I love called Bellewood. It’s a home for (foster care) children in Kentucky, and my family opens up our farms for the kids in the summer. It’s a school, but they also teach them how to garden and different skills — it’s a fun place.”

Videos: Max Thieriot talks Jennifer Lawrence and House at the End of the Street

Max Thieriot on beating Jennifer Lawrence in an archery competition