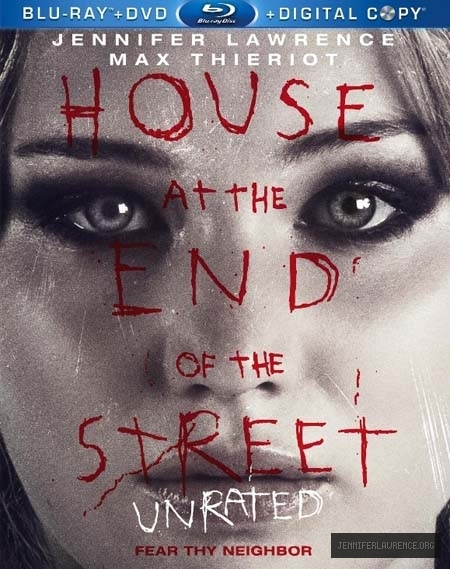 Twentieth Century Fox Home Entertainment has announced that the thriller House at the End of the Street, from director Mark Tonderai and starring Jennifer Lawrence, Elisabeth Shue and Max Thieriot, will be available on Blu-ray with an unrated cut of the film on January 8th, 2013.

House at the End of the Street opened in theaters just last month and grossed over $30 million at the box office. Reviews were mixed, but if you are into the thriller/horror genre you may want to check this one out. Special features for the upcoming release include:

BD Exclusive Features
Journey Into Terror: Inside the House at the End of the Street
Theatrical Trailer

Have you seen it in theatre? Or you’re waiting for the DVD release?

Jennifer Lawrence in brand new trailer for ‘House At The End Of The Street’! Don’t miss it!

Videos: Max Thieriot talks Jennifer Lawrence and House at the End of the Street