Nominees for PEOPLE?S CHOICE AWARDS 2013 were announced this morning. Prior to this morning’s announcement, fans cast more than 93 million votes to pick new categories and determine the nominees for the annual awards show that celebrates fan favorites in movies, music and television. Jennifer Lawrence is nominated for 3 awards and will go head-to-head with Emma Stone in each of their three categories (Favorite Movie Actress, Favorite Face of Heroism and Favorite On-Screen Chemistry). Don’t forget to cast your vote for The Hunger Games as well, the movie will fight for 4 trophies! All categories in which Jennifer is nominated, you can check out after the jump. 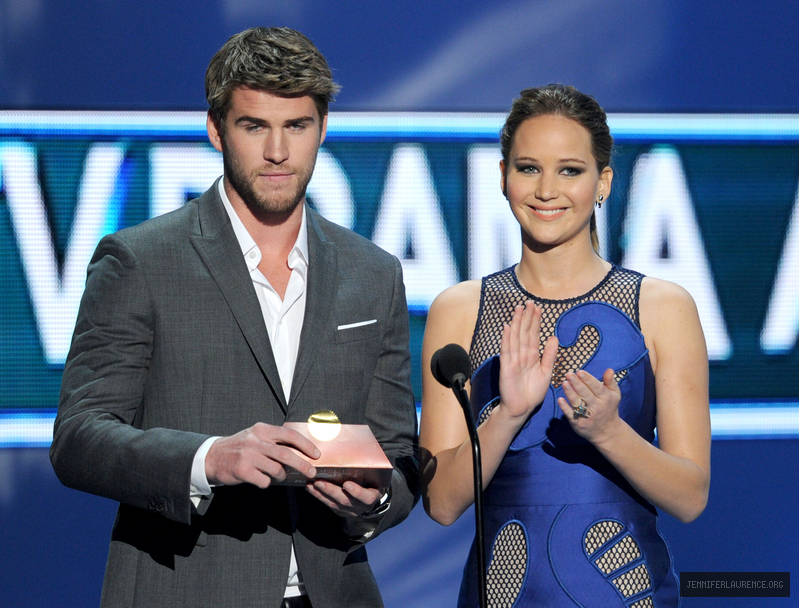 Facebook ? Facebook.com/PeoplesChoice features a custom application where fans can personalize their voting experience and share their votes with friends.

Twitter ? Fans can cast official votes for PEOPLE’S CHOICE AWARDS 2013 by tweeting a specific series of hashtags based on the nominee’s name and category. To see a complete list of hashtags created for each nominee, please visit PeoplesChoice.com/pca/vote.

Mobile ? Fans can vote in all categories on the People?s Choice Awards mobile site, and via the official voting application for Android and iOS devices. The free app is available for download from the Android Market and the Mac App Store.

Jennifer & The Hunger Games are nominated in:

?The Amazing Spider-Man?
?The Avengers?
?The Dark Knight Rises?
?The Hunger Games?
?Snow White and the Huntsman?

?The Amazing Spider-Man?
?The Avengers?
?The Dark Knight Rises?
?The Hunger Games?
?Men in Black 3?

?The Avengers?
?The Dark Knight?
?The Hunger Games?
?Madagascar?
?Spider-Man?