Jennifer Lawrence has joked that Bradley Cooper kept things in line on the set of their movie Silver Linings Playbook. The actress explained how she and the movie’s director David O. Russell tended to goof around while filming the adapted screenplay, and said that Bradley was the real driving force behind the production. 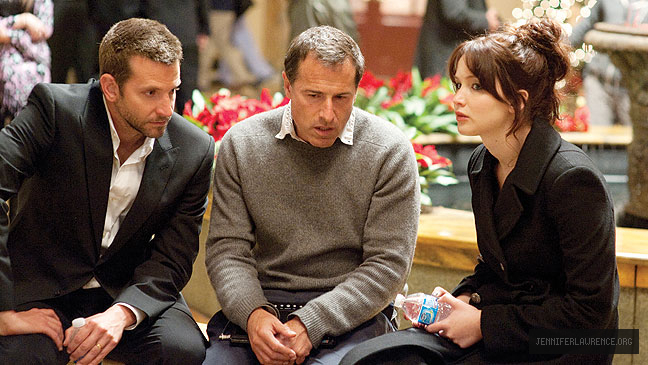 ?If Bradley weren?t there, the movie would?ve never been made,? Jennifer laughed to WWD. ?One time, we were running late, way over schedule, and Bradley was trying to find David and I. [He found us] making videos on my phone, pretending we were wiping our butts with coffee on paper towels, and making videos of it. Bradley was like, ?Guys, we gotta go get this shot,? and we were like, ?yeah, alright Bradley.??

Jennifer revealed Bradley’s whip cracking attitude while speaking at the premiere of the film in New York City over the weekend, where she posed for pictures with her partner in crime, director David, on the red carpet. David, who adapted the script for the movie based on the novel by Matthew Quick, says Jennifer was the perfect choice to play the character of Tiffany. He revealed Jennifer is a natural actress who effortlessly pulls off mannerisms that make her convincing, and therefore endearing, to audiences.

?Jennifer is real,? David explained. ?She?s like a girl that could live next door to you, but she?s also that girl that could knock you out. She?s intense, she?s confident, she?s emotional and she?s very available. It all reads on her face. She?s the kind of girl who could fix your car and then clean up and dance your ass off.?