Candid photos – Jennifer on her way to Independent Spirit Awards

I added to the photo gallery photos of Jen when she was arriving at the Independent Spirit Award gala, which took place in Santa Monica yesterday. 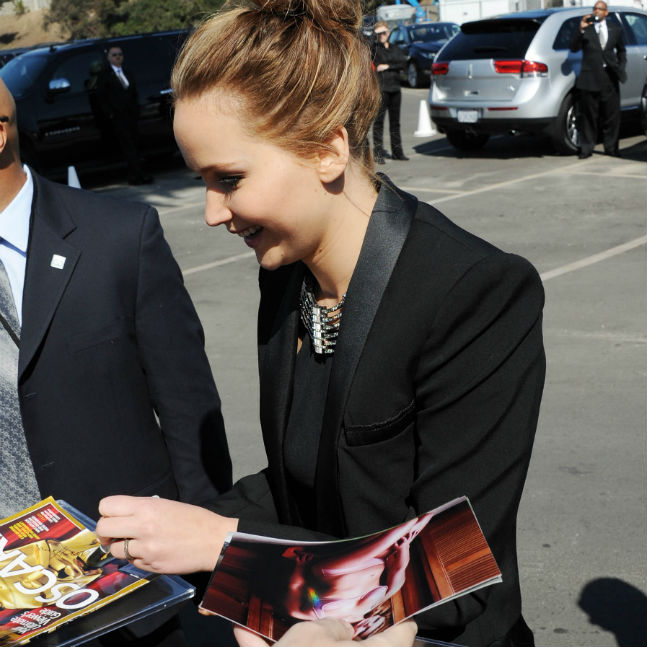 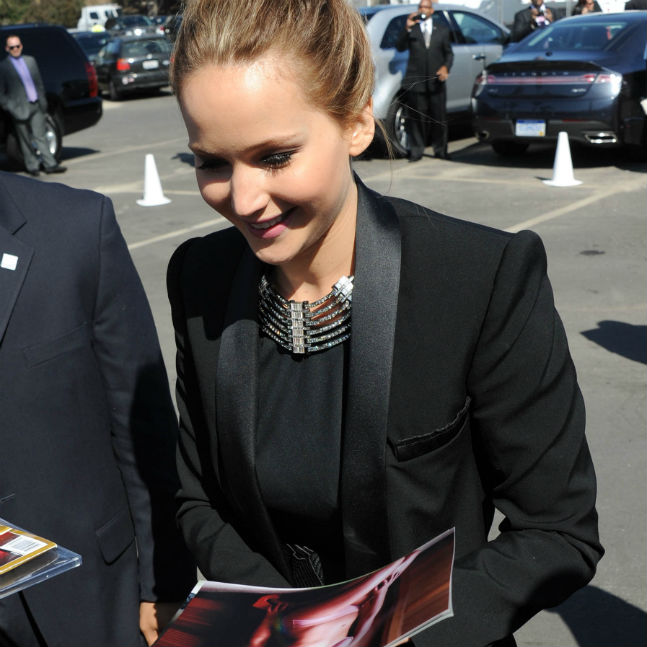 Jennifer reportedly came over all embarrassed when asked to sign a scantily-clad photo of herself. Splash News reports that, when she was signing autographs on her way in, she was presented with the old snap. Apparently she laughed when she saw the snap, in which she was wearing a pink bra and briefs, and said: “I’m not signing that!”. :-)