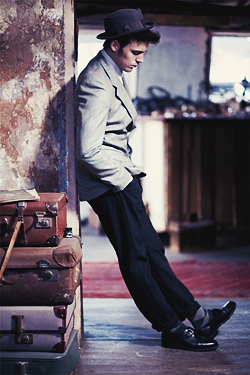 Entertainmentwise.com: Sam Claflin may not be a household name at the moment, but with a starring role in ‘The Hunger Games’ sequel, ‘Catching Fire’, he’s one of the hottest up-and-coming British actors of 2013. But amid the excitement of starring in the blockbuster franchise, Claflin has spoken out about his love for pal Jennifer Lawrence.

While chatting to InStyle at their British Talent Party, Claflin said this about J-Law:

On the set of “Catching Fire”