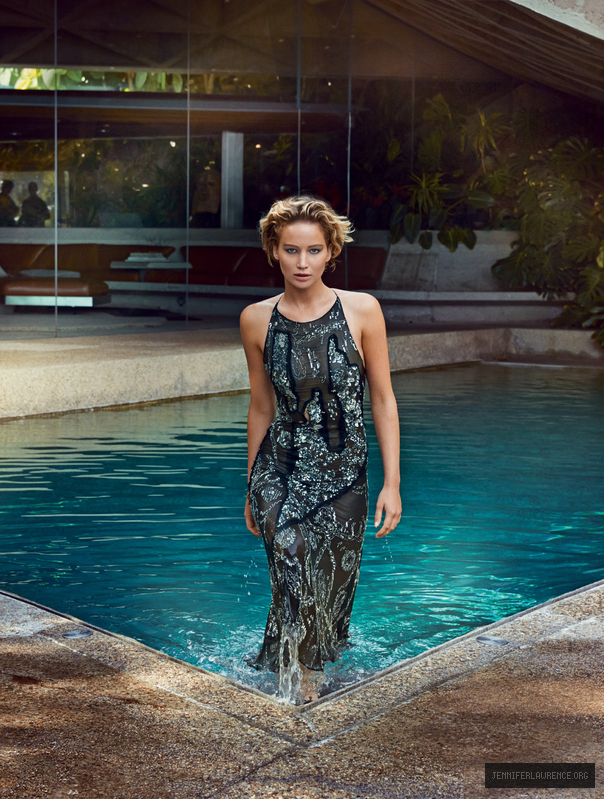 ?Isn?t boring so much better than passion?? Jennifer Lawrence says on the subject of relationships in Vanity Fair?s November issue, which hits newsstands in New York and Los Angeles on Thursday, October 9.

Speaking to V.F. contributing editor Sam Kashner, the 24-year-old Oscar winner explains what exactly she is looking for in a suitor now that she and British actor Nicholas Hoult have parted ways after an on-again, off-again relationship that spanned four years. As tabloids link Lawrence with Coldplay?s Chris Martin, here?s a breakdown of what the actress might want in her next beau.

Lawrence is such a fan of The Real Housewives that she reportedly based herAmerican Hustle performance as Christian Bale?s melodramatic wife on the franchise?s stable of hair-sprayed rabble-rousers. And while speaking with Kashner, Lawrence reveals that when it comes to dating, ?I would just rather have somebody that has the same taste in reality TV.?

?Shark Tank. Wait, Oh, Dance Moms?that is a good one!? she says. ?O.K., maybe my favorite is Dance Moms, but I do love my Real Housewives. But there?s also?there?s Doomsday Preppers. Hoarders is O.K. I find it gets a little boring after a while, but it?s great.?

The list goes on: ?I love Intervention, New York Housewives?and Beverly Hills, New Jersey, and Atlanta Housewives. I mean, I love them all, but Miami?oh, my God! Miami is really special.?

#2: A Guy Willing to Bare His Soul (And Bodily Functions).

Lawrence seems to be searching for a kindred couch-surfing spirit rather than some kind of unattainable, Casablanca-type love affair. She tells Kashner that she wants a partner who, ?you know, isn?t afraid to fart in front of me [rather] than to have big, passionate love. I?d rather have just a peaceful time. [Those relationships] are deeper because you can be your true self with somebody, and somebody can be their true self with you.?

#3: A Guy Willing to Really Eat

The actress who has snuck Slim Jims into the Oscars and has nearly ruined costumes with her Dorito-stained hands hasn?t changed her snacking ways. As Kashner writes, ?Jennifer is the anti-vegan, anti-gluten-free consumer, having just eaten a breakfast of spaghetti and meatballs before the interview.? Although she can overlook the vegan preferences of her friend and Hunger Games co-star Woody Harrelson, she seems to be suspicious of similar health-food trends, describing gluten-free as ?the new cool eating disorder, the ?basically I just don?t eat carbs.??

Taking her declaration of love up a notch, she adds, ?I worship Woody Allen, but I don?t feel it below the belt the way I do for Larry David.?

#5: A Guy Who?s Not Up for an Argument In spite of her crush on one of television?s irritable curmudgeons, Lawrence tells Kashner, ?I don?t like fighting, and I find argumentative people the most annoying people on the planet. Like, why do you still want to be fighting? It?s just unattractive.?

Circling back to the first item on this list, Lawrence adds, ?We should both just move on and watch TV. Basically, what I?m saying is all I need in a relationship is somebody to watch TV with me.?