JOY BY DIOR, THE NEW FRAGRANCE – COMING SOON
The House of Dior is about to reveal its new #JoybyDior fragrance embodied by the stunning #JenniferLawrence.#TheJoyofDior #Diorparfums pic.twitter.com/Kq8CmDEMLl

Jennifer Lawrence was spotted today out and about in Paris, France with her boyfriend Cooke Maroney. Check all the pictures in our gallery below: 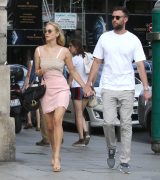 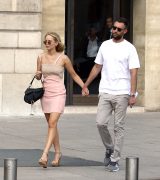 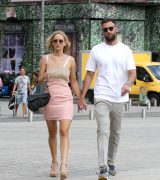 The 27-year-old actress has been a brand ambassador for Dior since 2012 and is now lending herself to the fragrance side of the iconic brand.

Few details have been revealed about the new fragrance, but it is the first new scent from the luxury label since it launched J’Adore almost 20 years ago in 1999.

According to a news release from Dior, the new scent, which was created by famous French perfumer François Demachy, is described as “an unprecedented fragrance and a powerful universe which marks the beginning of a new era for fragrance at the house of Dior.”

Hello guys! My name is Julia and i’m the new owner of this website. I’d like to thank the crew of FFH for letting me adopt it and I hope you all enjoy my stay here. You may notice there’s some stuff missing from our gallery and I plan on updating it for the next few days. Keep an eye on it! X