Collider.com has for us official synopsis of the upcoming Jennifer Lawrence project ‘The Silver Linings Playbook’. On the site you can see movie photos as well as short description of David O. Russell?s The Fighter follow-up, which I copied and pasted below.

Adapted from the best-selling novel by Matthew Quick, THE SILVER LININGS PLAYBOOK is a touching, one-of-a-kind comedy about love and second chances.

Pat Peoples (Bradley Cooper) is a man always trying to look on the bright side of life ? the title of the story takes it?s name from the expression that ?every cloud has a silver lining.? Released from the hospital after losing his wife to another man, Pat believes this age-old adage is just the ticket to trying to win her back and get his life on track. Trying to remain resolutely undiscouraged, Pat moves back in with his parents and devotes himself entirely to becoming the man his wife always wanted him to be. But it?s an uphill battle. Until Pat meets Tiffany (Jennifer Lawrence), a beautiful young woman whose life also has not turned out the way she wanted. Together, the couple will try and navigate through their lives and stay true to who they are, always just one adventure away from a unique friendship, and possibly even love.

By the way, Paramount has released some new ‘Like Crazy’ clips, but only 2 of them include Jennifer Lawrence. Each of the montages represents one aspect of the film – “I Need You”, “I Love You”, “I Miss You” and “I Want You”. If you want to see them, check out the links on EntertainmentWeekly.com. They are the same short scenes which we could see in the trailers, so all in all it’s not something new.

—
by admin
—
Comments are off
Interviews • Like Crazy • The Beaver

MovieFone.com has recently spoken with Anton Yelchin about his role in indie romantic drama ‘Like Crazy’, long-distance love, getting swallowed up in the role and the torture of co-starring with Jennifer Lawrence ;-). Full interview with Anton you can read here and here’s what he said about Jennifer: 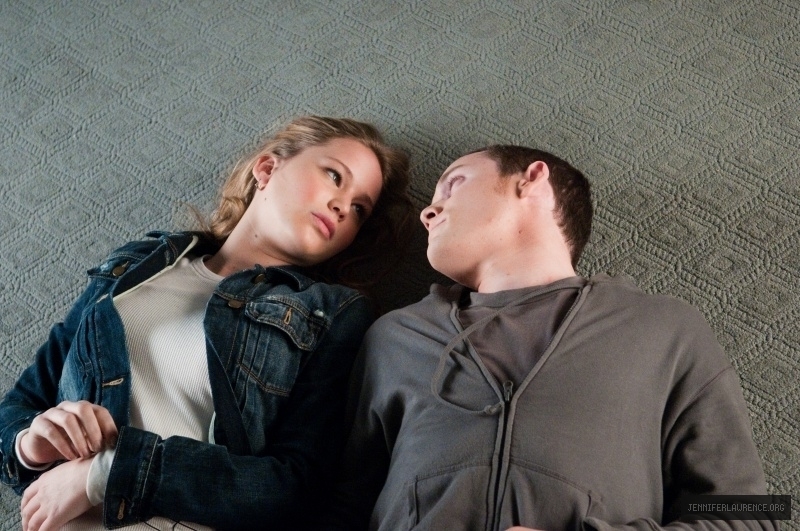 I think it’s great. I’ve never spoken to Drake directly about this, but I’ve heard him talk about it. We shot a sex scene, maybe one or two, between Felicity’s character and I. I thought they weren’t necessary. Their relationship isn’t about sexual tension; you know they’re going to be connected when they’re having sex. But I thought it was necessary to have the sex scenes with Jen’s character, to show the distance from one another. I also think the no-sex thing makes Jacob’s relationship all the more poignant on-screen. You just see their moments of love with one another.

You also had Jennifer Lawrence as your love interest in ‘The Beaver’ — maybe you guys are meant to be lovers on-screen?

I’m very grateful for that, for many different reasons.

Well, she is pretty hideous.

Yeah, she certainly could be a little more attractive. It’s tough. No, but really, she’s super-talented. Coolest girl. She’s badass, from Kentucky, and grew up with a bunch of brothers. She doesn’t take sh-t from people. She’s so different from Sam [her character], who’s so gentle and fragile. I love working with Jen. She’s my friend… and I hope I get to work with her again.

You should get her to get you into ‘The Hunger Games.’

—
by admin
—
Comments are off
Interviews • Like Crazy • The Beaver • Videos

Anton Yelchin has described The Hunger Games star Jennifer Lawrence as “such a powerful person”. The Fright Night actor recalled witnessing Lawrence’s training for the upcoming dystopian film, based on Suzanne Collins’s trilogy of the same name, while working out at the same gym together.

“I was training for a film called Odd Thomas that I was doing at the same gym Jen was training [at for] the bow stuff and all the running. I got to see her and talk to her. I think she’s amazing, and she’s a good friend of mine,” Yelchin recalled to MTV News.

Yelchin and Lawrence star together in the upcoming indie drama Like Crazy, which opens in US theatres on October 28 and in the UK on February 3, 2012. Apart from that they know each other from Jodie Foster’s movie ‘The Beaver’, where Jennifer plays his love interest.

New Movie Photo Of Jennifer Lawrence From ‘Like Crazy’ in High Quality.

Today, I added to our photo gallery one more high quality still from ‘Like Crazy’. It’s pretty similar to the old one, but I hope you like it. To see it untagged and full-sized, click on the thumbnail below. 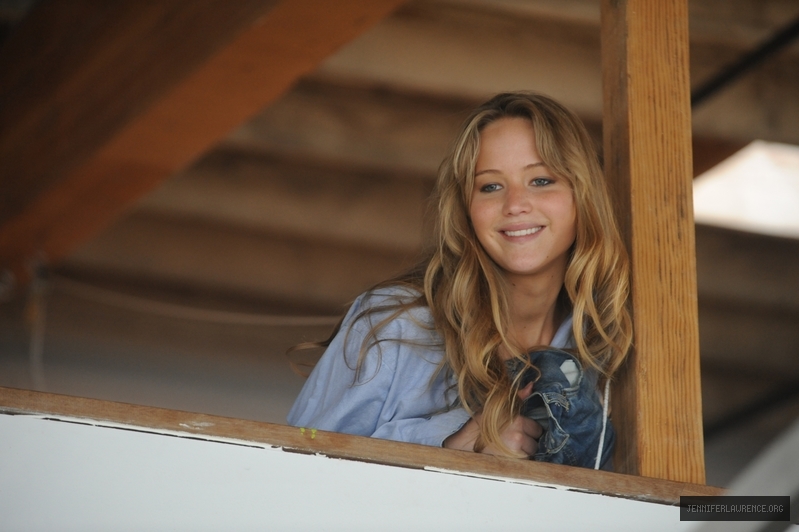 As you may noticed, unfortunately there’s nothing more on Jennifer, but as soon as there is anything, I will let you know! Don’t forget to vote for her in Scream Awards? Best Fantasy Actress category. Thanks! :)

The official press release of The 36th Toronto International Film Festival has been released and as we can see here, Jennifer Lawrence is on the guest list. Actors expected to attend include also Michael Fassbender, Woody Harrelson, Anton Yelchin, Brad Pitt, George Clooney, Jane Fonda, Keira Knightley, Kirsten Dunst, Andrzej Chyra and many, many more.

On TIFF website, we can also check out schedule – Like Crazy is screening 3 times — Tuesday, Wednesday and Saturday, September 13-14 & 17.