It seems that Fox is discussing sequel potential for X-Men: First Class! Today I found this article on Screenrant.com and I’d like to encourage you to read it. There are also slow news (Unfortunately, there are no news, nor photos…), so I’m thinking about doing new layout for the site. Would it be a good idea to put new layout up? Let me know. 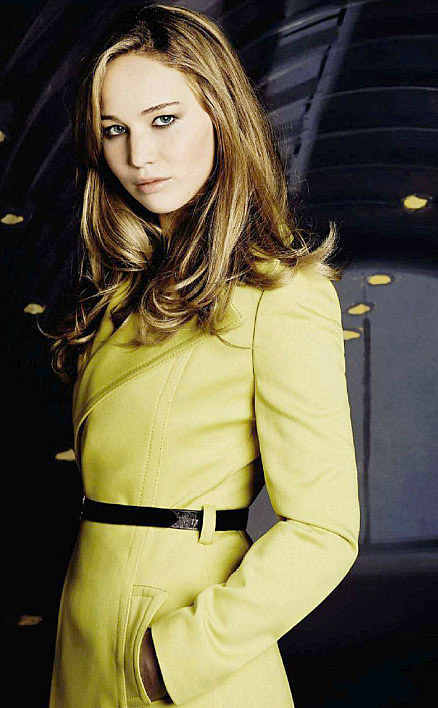 In a bit of non-news, the executives behind-the-scenes at Twentieth Century Fox are reportedly discussing sequel potential for X-Men: First Class, a film that so far has achieved the highest critical acclaim against its comic book movie competition this year. Producers Lauren Shuler Donner and Bryan Singer, director Matthew Vaughn and most of the cast have already opened in interviews up about their desires and ideas for a sequel, and since First Class made money and fans ate it up, of course it?s getting one. It?s just a matter of when.

Both Singer and Vaughn have plenty of ideas for X-Men: First Class 2 which would likely keep the series set in the ?60s, but based a few years later, again tied into real historical events. When you think about it, they could go on with many more films before needing to introduce some of the characters we met in Bryan Singer?s first X-Men film (Cyclops, Jean Grey and Storm, etc.).

With The Wolverine beginning production in October (according to star Hugh Jackman) and X-Men Origins: Deadpool already have a script, Ryan Reynolds starring and Tim Miller directing, a sequel to First Class will likely come after those two projects. There?s also the X-Men 4 that Donner keeps mentioning?

13 deleted scenes from X-Men: First Class to be on DVD/Blu-Ray release!

According to Bleeding Cool, on DVD/Blu-Ray release of X-Men: First Class we can expect 13 deleted scenes from the movie with a total runtime of under 14 minutes. Generally, they are related to Moira MacTaggart (Rose Byrne), her work at the CIA and her relationship with Charles (James McAvoy). 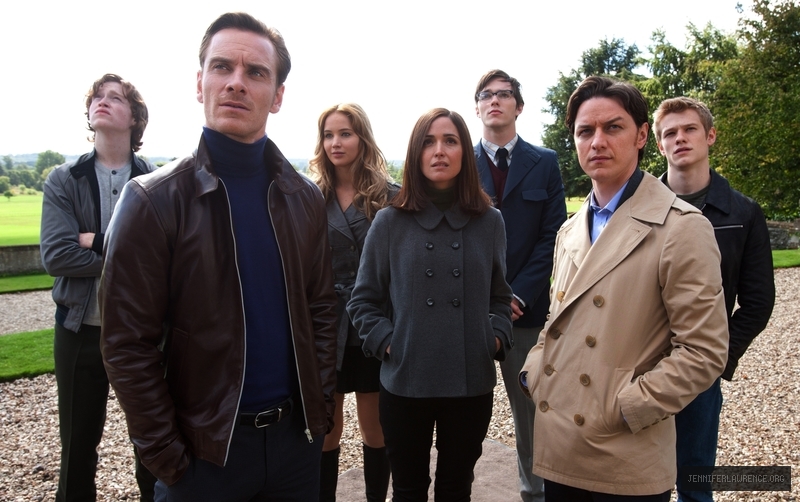 Can we hope for more scenes with Jennifer? We’ll see for 3 months, because as French website Fnac announced, the DVD/Blu-ray release date has been set for October, and the limited set will include a comic book, t-shirt and 10 characters identity cards.

Voting for Teen Choice Awards is now open, and you can vote for your favorite celebrites and movie productions. Apart from Harry Potter and The Deathly Hallows, The Twilight Saga: Eclipse and The Pirates of the Carribean: On Stranger Tides we can also vote for X-Men: First Class in 3 categories – Sci-Fi/Fantasy, Villain (Kevin Bacon – Sebastian Shaw) and Chemistry.

All you have to do is register on Teen Choice Awards official site and vote everyday.

I’ve just added to the photo gallery a few ‘X-Men: First Class’ stills and replaced medium quality posters and photos with UHQ ones. In the pictures we can see mostly Jennifer (as Raven Darkholme and painted blue Mystique), James McAvoy (Charles Xavier) and Nicholas Hoult (Hank McCoy). Unfortunately, I haven’t seen the movie yet (there aren’t any screenings in my city!), but I’d love to. And you, have you seen it? 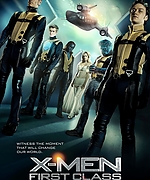 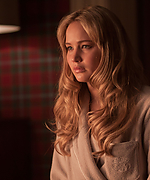 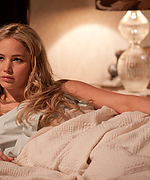 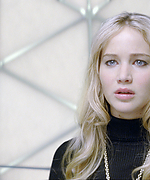 —
by admin
—
Comments are off
Interviews • X-Men: First Class

(Flicksandbits.com) Matthew Vaughn?s bright, bold and thrill-packed ?X-Men: First Class? charts the epic beginning of the X-Men saga, and reveals a secret history of famous global events. Before mutants had revealed themselves to the world, and before Charles Xavier and Erik Lensherr took the names Professor X and Magneto, they were two young men discovering their powers for the first time. Not archenemies, they were instead at first the closest of friends, working together with other Mutants (some familiar, some new), to stop Armageddon. In the process, a grave rift between them opened, which began the eternal war between Magneto?s Brotherhood and Professor X?s X-Men. Check out what Rose Byrne (CIA agent Moira MacTaggert) and Jennifer Lawrence (Raven Darkholme/Mystique) had to say about the film below. ?X-Men: First Class? is in cinemas everywhere now. 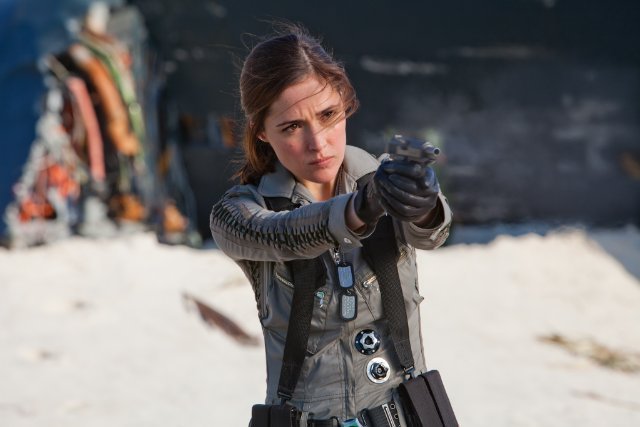 What themes interested you in this film?
Rose Byrne: I think it?s that universal theme of being in the minority, whether if it?s because of your religion, sexuality, ethnicity, whatever it is. I think it?s a really powerful metaphor for that, but done in a really fun and entertaining way. I love the notion of being able to show your true self as a mutant. Raven?s whole inner turmoil about how far she can go being blue, how far Hank can go being Beast, that idea I really love. Everyone goes through that I think, how much of your true self do you show to the world without feeling insecure, you don?t have to be a mutant to relate to that (laughs).

That?s a big part of your character, Raven?s feelings with being a mutant.
Jennifer Lawrence: Yeah, I think she goes through, like any insecure teenager would with any secret, I think she?s learned to live with it, because she?s had to, but she hasn?t really owned it yet. She?s mostly ashamed of it. What I like about the movie is that she slowly starts to realise that it is a blessing and that she should be proud of it. Slowly she grows into it and starts to really be proud of it. 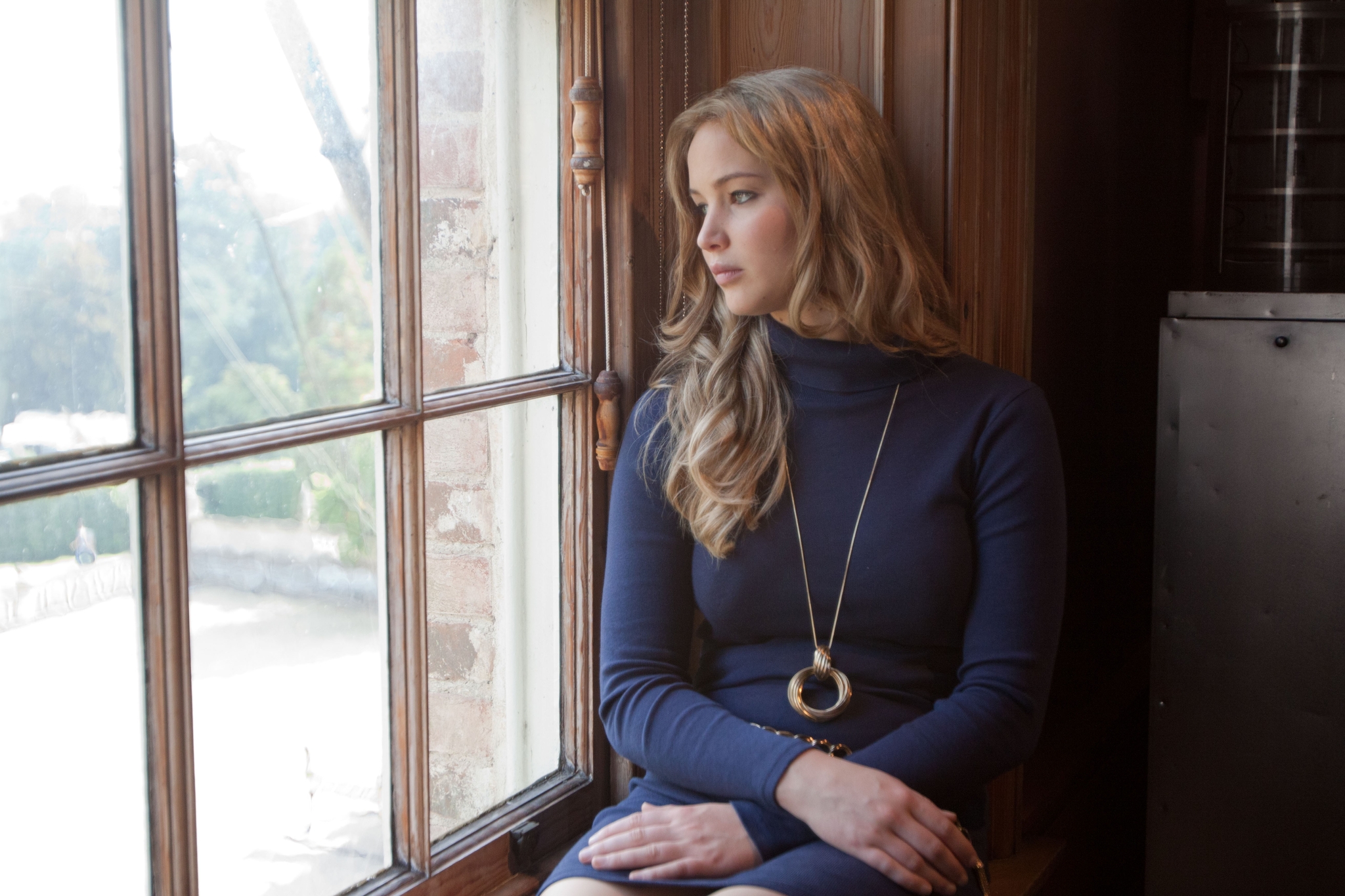 What themes interested you Jennifer?
Jennifer Lawrence: The fact that everybody evolves in the film. That?s one of my favourite things in movies and every script I read ? how characters evolve, how a specific character evolves, or how a story evolves. Each character goes through a huge evolution period in this film. At the beginning a lot of us are isolated, we felt all alone, then all of a sudden being really together, joining together and becoming these really iconic figures of X-Men, then that separates. It?s fascinating, people choosing sides but you get to see why.

Your character has a great relationship with the mutants and especially Charles Xavier.
Rose Byrne: The films set in 1962 so female operatives in the field for the CIA were very very new, it?s a huge deal for her to be there on this job. She?s a very tenacious, ambitious, driven and a little uptight (laughs). I think she?s the audiences eyes in that sense of discovering this whole new world. She?s like the audience, she?s not a mutant, but she?s a pioneer in a way, she believes mutants can help, co-exist and live in this harmonious society, she?s with Charles on that. She truly believes they can live side by side, and benefit from one another, that?s a wonderful quality to have.

I think she admires him because of his mind, he?s brilliant, this genetic expert?and also she needs his help. And then I think he slowly wins her over with the things he does to help her, but also his charm and his big blue eyes (laughs), it?s James McAvoy! Really they are united in a cause, that?s the other huge part of their relationship, they?re on the same page, they want the same thing, she truly believes what he believes.

Raven also has a very interesting and complex relationship with Charles.
Jennifer Lawrence: Yeah, she has kind of convoluted feelings with him. He?s really the only man in her life, she loves him and they?re like brother and sister but at the same time I think there?s a tiny tiny bit of a crush, so there?s probably a little bit of jealousy. They?re best friends, she gets a little protective and jealous.