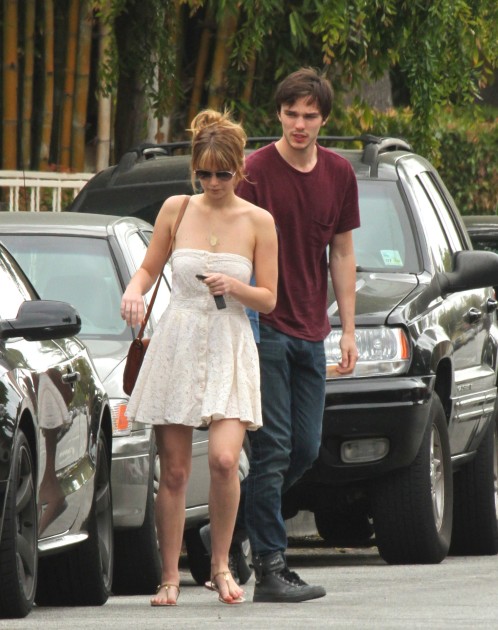 Nicholas Hoult is currently going through the promotional rounds for his upcoming project ?Warm Bodies’ and he recently talked to ET Canada about his relationship with Jennifer. (We don’t know if their are still together, we didn’t want to [and we won’t] post on the site any rumours related to their relationship.)

In the interview Nicholas was asked whether ?Warm Bodies? was a good date movie and whether he would take his girlfriend Jennifer Lawrence to see the movie, and he replied with, ?God no, I would never make her sit through a movie with me in it on a date.?

PS. Have you seen the trailer for “Warm Bodies”? :-) If you haven’t go here to watch it!

Jennifer Lawrence to present at The Screen Actors Guild Awards

The Screen Actors Guild is lining up a star-studded list of presenters for its 19th annual Screen Actors Guild Awards. Jennifer Lawrence, Bradley Cooper, Anne Hathaway, Hugh Jackman, Viola Davis and Justin Timberlake will all present during the upcoming awards ceremony, it was announced Wednesday.

Bradley Cooper, Jennifer Lawrence and Robert De Niro are SAG Awards nominees this year for their roles in “Silver Linings Playbook”. The movie is also nominated in Cast in a Motion Picture category.

Jennifer Lawrence will be on David Letterman tonight!

I stood outside the Ed Sullivan Theater today for over 12 hours to meet Jennifer as she arrived for her interview, which is taped early but airs tonight at 11:30! Don’t forget to check it out!

As a sidenote on this topic, I was fortunate enough to have met Jennifer today and I got her autograph! She wasn’t taking photos, but she actually posed for one with me (because I was practically screaming at her for one) but I messed it all up because I pressed the wrong button! (I have no idea how to work an iphone.) She was extremely sweet and charming and hilarious in person, just as she is in interviews. If you want to hear more about my day waiting for and meeting Jennifer you can check it out on my blog jennifrlawrence.tumblr.com!

—
by admin
—
Comments are off
Awards & Nominations • Uncategorized

Tonight, Jennifer is attending the BAFTA (British Academy of Film and Television Arts) tea party held at the Four Seasons Hotel Los Angeles at Beverly Hills. I’ve added a few high quality shots to the gallery. The event is happening as we speak, so I’ll add some more HQ pictures once it’s over. 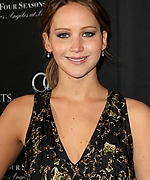 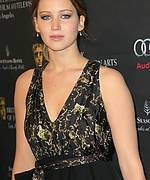 You can see the rest of them in the gallery by clicking here!
—
by admin
—
Comments are off
Uncategorized 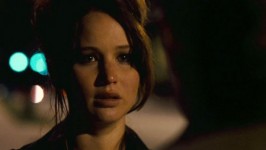 The Santa Barbara International Film Festival said Tuesday that Jennifer Lawrence, the beautiful and charismatic 22-year-old star of this year’s summer blockbuster The Hunger Games and the new awards season dramedy Silver Linings Playbook, will be presented with its Outstanding Performer of the Year Award on Jan 26. at Santa Barbara’s historic Arlington Theatre.

“Ms. Lawrence impressed us earlier this year in The Hunger Games, but has now left us moonstruck with her career-defining performance in Silver Lining Playbook ? recalling classic turns by Lombard, Stanwyck and Colbert,? SBIFF executive director Roger Durling said in a statement. ?Naming her our Outstanding Performer of the Year is an understatement.”

Prior to this year, Lawrence was best known for her gritty performance in the low-budget indie Winter’s Bone (2010), for which she received a best actress Oscar nomination. She was just 20 years old, making her the second-youngest person ever nominated in that category.