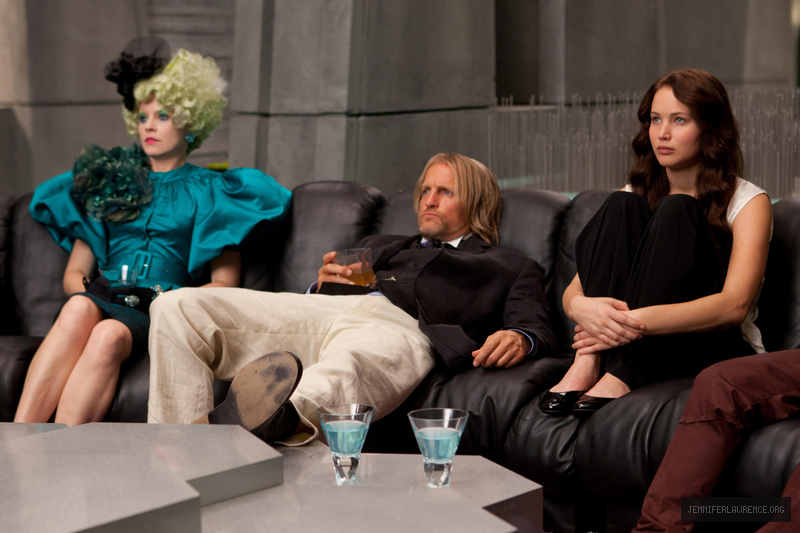 Jennifer Lawrence may be the star of?The Hunger Games, but the girl can still get star-struck every now and then. When Woody Harrelson, who plays her drunken wreck of a mentor in the movie, first showed up on the North Carolina set last summer, Lawrence was keen on making a good first impression.

?I was so nervous,? the 21-year-old tells EW. ?I had been practicing what I was going to say in my trailer because I couldn?t decide if I was going to go with ?Hey, how are ya, I?m Jen!? or ?Hi Woody, it?s such an honor to meet you, I?m Jennifer.? I went over it and over it on the way walking to his bus, muttering to myself ?Should I go with Jen or Jennifer? Should I say I?m Katniss. No he probably already knows that? ??

Yet when she rapped on the door and her moment arrived, all that mental hand-wringing was for naught.

?I walked into his bus to introduce myself and the first words that just fell out of my mouth were ?Is that a sex swing?!??

It turns out the contraption hanging from Harrelson?s ceiling was in fact a yoga swing, but Lawrence?s blurted question and gaping mouth tickled her new co-star. While Lawrence may wish she had the moment back, Harrelson says he wouldn?t change a thing.

?The first moment meeting this incredible, esteemed actress and she opens the door and is like ?Hi Woody, I just wanted to say? is that a sex swing?!?? he remembers. ?I laughed so hard, then I said ?Well it could be.?? 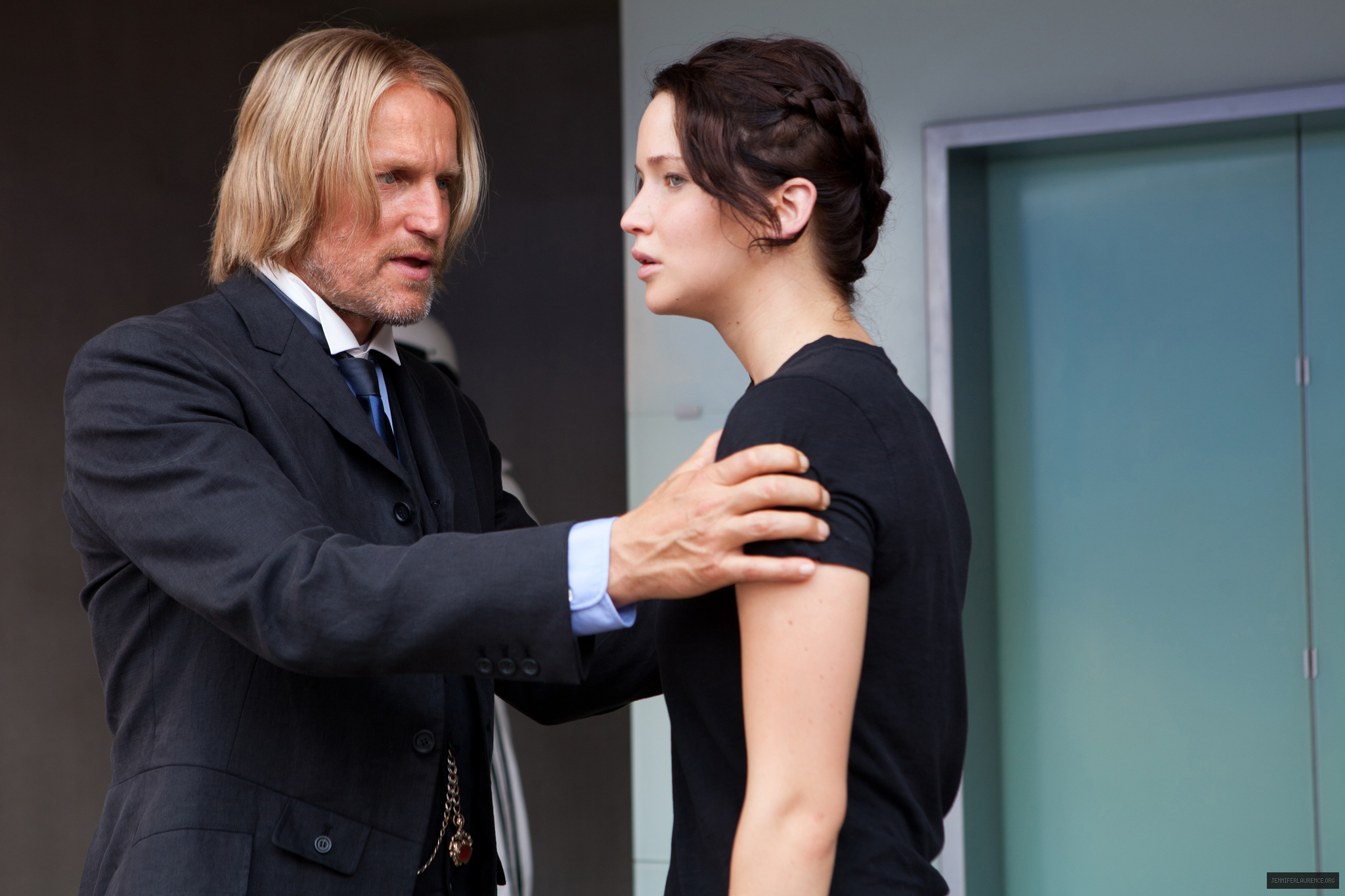 The two went on to forge a terrific friendship during the next month of shooting.

?Woody is perfection,? says Lawrence. ?Haymitch is this drunk, seemingly ?I-don?t-care guy but then Woody?s got the sweetest, kindest eyes. When he looks at you and when you see him on camera you just see love and tenderness and caring. He has that rough look and that rough Haymitch way of talking but all of it is betrayed by his eyes.?

Oh, and for any of us who worried that Woody?s performance in the movie might be undercut by what appears to be his flat-ironed golden wings of hair?

?Don?t worry about his hair,? laughs Lawrence. ?It?s very Haymitch.?It?s just Capitol enough that it doesn?t weird anybody out.?

For more on?The Hunger Games, including what?you?won?t?see in?the movie and how Jennifer Lawrence is enjoying her last few days of anonymity, pick up the new issue of?Entertainment Weekly, on stands Friday, March 2.

Livestream for “The Hunger Games” red carpet premiere in Berlin