Stepping out to promote her new movie, Jennifer Lawrence visited ?The Late Show with Jay Leno? yesterday. Jen looked beautiful in a plain, but skintight grey mini dress by Alexander Wang as she talked to Jay Leno about how Honey Boo Boo caused her car crash, as well as she discussed her soon-to-be released film, ?Silver Linings Playbook.” At the end of the episode, they presented watch out for spoilers! 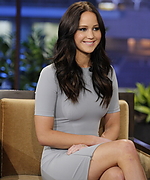 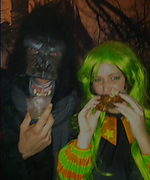 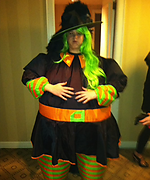 On Monday’s The Tonight Show With Jay Leno, Jen told that she was so excited about the thought of seeing Honey Boo Boo that she got into a car accident.

“I was driving home from work and I thought I saw Honey Boo Boo. I was craning my neck, it was a breast cancer parade so people were wearing (sashes). Now I know it said ?boobs? on their thing (sashes) but I thought it said Boo Boo, so I started craning my neck, then I saw a little girl. I was like ?there?s Honey Boo Boo? and I was still driving, and I rear ended the person in front of me,? she revealed. ?I had to get out of the car and explain what happened and I was like ?I?m sorry I hit your family, I thought I saw Honey Boo Boo.?

In the interview, she also shared her thoughts on co-star Bradley Cooper. When asked if he was fun to hang out with, Jen replied:

?He?s a blast, he?s wonderful, very funny. We had a good Halloween together. He was an ape. I was a fat witch.?

You can watch full interview after the jump, I also added some photos to the photo gallery. Be sure to check out videos and pics, they’re definitely worth seeing!

Jennifer Lawrence at the ‘Silver Linings’ Photo Call at TIFF!