NYTimes.com has a feature video up spotlighting 13 of the top female performers of the year, one of which is our own Jennifer Lawrence! Featured in a dreamy sequence involving snakes, Jen shines once again. Check it out below!

Ing?nues, icons, action heroes, divas and the world?s next great comedy star: 13 actresses who gave the dreamiest performances of 2012.

You can also check out two new photos from the video shoot in the Gallery, a posed promotional shot and a behind the scenes look. Jen clearly has no issues with snakes! 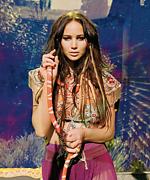 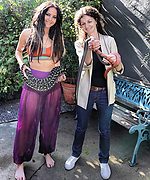 Jennifer Lawrence talks about Liam, Nicholas Hoult and The Hunger Games in ?On Air with Ryan Seacrest?

The Hunger Games Cast Talks Bonding On The Set