Jennifer Lawrence has spent the week preparing to host “Saturday Night Live’s” first show of 2013. So, will she show off her archery skills on the late night show? Check out the following video to watch Jennifer speaking to Access Hollywood about her upcoming gig.

Asked whether she was given any advice from Bradley (who previously hosted SNL) or any other memebers in the “Silver Linings” cast, Jennifer said:

?No, they didn?t. They should?ve. They?ve just said it?s going to be the most amazing experience of my life, which they were right about.?

?Oh my God, it?s been amazing,? she said on having a blast preparing for Saturday night?s show. ?I don?t think I?ve ever laughed this much in my entire life. It?s just been incredible,? she continued. ?It?s just amazing working with people ? their job is just to be funny all day every day. You are in a room with some of the funniest people in the entire world.?

As for what fans can expect when Jennifer hosts ?SNL? this weekend?

?Me, acting like an idiot. A lot,? she laughed.

2 medium quality photos from Saturday Night Live promotional video have been also added to the gallery. You can see them after the jump. 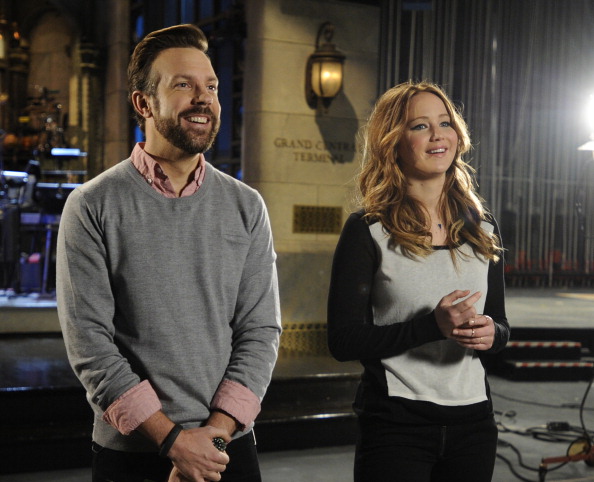 New photo of Jennifer Lawrence as Katniss Everdeen on the set of The Hunger Games.