Jennifer Lawrence to appear in “Chelsea Lately” on March 22, 2012

According to TV Guide, Jennifer Lawrence is giving an interview in a late night comedy talk show “Chelsea Lately” on March 22! As far as I’m concerned, I can’t wait to see it, it will be hilarious!

—
by admin
—
Comments are off
The Hunger Games • TV Appearances

MTV’s “After Hours” with Jennifer Lawrence and Josh Hutcherson to air next week!

Joshua Horowitz (we all know who he is, so I bet that I don’t have to introduce him… :-)) wrote on his Twitter account that we can expect “After Hours” episode with Jennifer & Josh next week! As far as I’m concerned, I can’t wait to see it, the previous skit starring Jennifer was H-I-L-A-R-I-O-U-S! In case that you missed it, you can watch it below.

—
by admin
—
Comments are off
TV Appearances

MTV has responded to an announcement that Alec Baldwin and “Bridesmaids” star Melissa McCarthy will host well-known television sketch comedy and variety show Saturday Night Live and created a wish list of 5 actors who would be perfect to do it. The list includes Robert Pattinson, Ryan Gosling, Heather Morris, Ian Somerhalder and Jennifer Lawrence. Read what they said about Jenn:

She may be known best for steadfast, serious roles, including her Oscar-nominated turn in “Winter’s Bone” and the upcoming dystopian drama “The Hunger Games,” but Jennifer is one hilarious gal. Just check out this After Hours she did with our own Josh Horowitz if you need any more convincing. (Just don’t leave her alone with the bronzer…)

—
by admin
—
Comments are off
Screen Captures • TV Appearances

Screen captures of Jennifer’s appearances in Monk and Medium episodes.

Thanks to our reader Nath?lia, I’ve added to our photo gallery screen captures from episodes of Monk and Medium. As you may know, Jennifer appears in third episode of fifth season of Monk, called “Mr. Monk and the Big Game”. Unfortunately, she plays here very small role of a mascot. 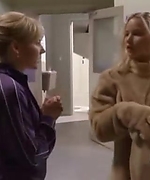 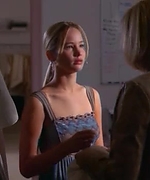 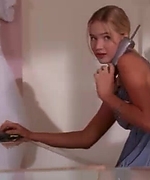 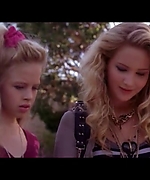 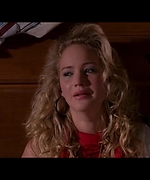